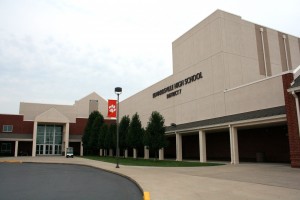 Only about a third of Metro-East public school districts achieved top-level ranking for fiscal stability in the Illinois State Board of Education’s (ISBE) 2016 School District Financial Profile Scores.

The ISBE is actively monitoring for financial problems – or warning of possible state intervention – in more than a third of the area’s school districts, according to the March 16 report.

The scores are issued each year based on information from state-required annual district financial reports, with the latest reflecting data from the fiscal year ended June 30, 2015.

The 2016 report finds that of Illinois’ 857 public school districts, 568 were recognized for financially stability, 196 are subject to continued review by the state, 32 have been place on the state’s financial watch list, and 61 have been issued early warnings for possible state intervention.

Across Madison, St. Clair and Monroe counties in Metro East, only about 13 school districts were recognized for financial soundness by the state this year.  At least 14 are the list for continuing review by the state.  Six have been placed on a financial watch list and at least 10 have received early warning notices for possible action by state authorities.

A number of districts are considering tax increases in the coming months. (See Metro East Briefs.)

In Madison County, the Collinsville, Roxana, Venice, and Wood River-Hartford school districts all were recognized for financial stability in the 2016, having achieved the same designation last year.

Bethalto schools were elevated to financial review status this year, after being placed on the watch list last year

The East Alton and Triad school systems were returned to the financial watch list this year after being given early warnings last year.

The East Alton-Wood River district is under review this year after winning recognition last year.

The Granite City School District was returned to the review list after being issued an early warning last year.

The Madison School District remains under an early warning for a second year.

The Belle Valley School District has been placed under review this year after winning recognition status in 2015.  The Cahokia CUSD, Marissa, Mascoutah, Millstadt and New Athens school districts all remain under review for at least a second year.  The High Mount and Lebanon school districts were both elevated to the state’s financial review list this year, after being placed on the watch list last year.

The Whiteside School District remains on the state’s financial watch list this year after district officials failed to submit required financial information forms for 2015, according to the ISBE.

In Monroe County, the Columbia and Valmeyer school districts were again recognized for financial stability this year; however, the Waterloo district has been placed under review after being recognized last year.

The complete report and date can be viewed at ISBE report.