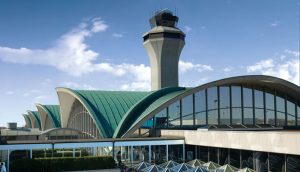 Lambert may consider coordination with other airports

Coordination among St. Louis area airports — including MidAmerica Airport in Mascoutah and St. Louis Downtown Airport in Sauget — will likely be considered under a proposed study of St. Louis Lambert International Airport by the East West Gateway Council of Government (EWG).

The EWG Board of Directors is scheduled to decide whether to undertake the study at its monthly meeting on Wednesday, Feb. 26.

At that time, an effort by St. Louis Mayor Lyda Krewson to privatize Lambert has just collapsed, amid allegations of conflicts of interest.

During the Feb. 18 meeting of the EWG Advisory Board, council Executive Director Jim Wild outlined out a list of “core subject areas” for the Lambert study.

In addition to governance options and coordination with other airports, those subjects include:

EWG Board members are to review the proposed study topics and develop a finalized list during this week’s meeting.

East-West Gateway is the federally recognized regional planning authority for the St. Louis area. The council consists of top elected officials from around the region.

St. Clair County Board Chairman Mark Kern is the current EWG Board chair

The U.S. Air Force Civil Engineer Center (AFCEC) has launched an expanded investigation into possible Per- and Polyfluoroalkyl Substance (PFAS) water contamination in and around Scott Air Force Base.

PFAS is a class of 4,700 chemicals that are highly toxic and can be harmful at low doses, according to an Air Force statement.

The substances have been linked to serious illnesses, including several types of cancer, birth defects, and thyroid disease.

Nicknamed “forever chemicals” they do not breakdown easily and can accumulate in people, food, and the environment over time.

Following the discovery of PFAS at other Air Force installations around the nation, the AFCEC began testing for the substances at Scott AFB several years ago.

The Air Force ordered expanded investigations into PFAS at Scott this month after recent tests found two types of toxins on the base that could affect water wells in nearby communities.

AFCEC investigators are trying to determine how many water wells might be impacted, whether people are consuming the water from those wells, and measure the water for PFOS/PFOA contamination.

The expanded investigation is to be completed by June.

If further contamination is discovered, the Air Force promises “immediate measures” to protect the health of area residents, according to a statement from U.S. Sens. Dick Durban and Tammy Duckworth last week.

Following an Air Force briefing, staff for the two lawmakers last week began contacting communities around the base. 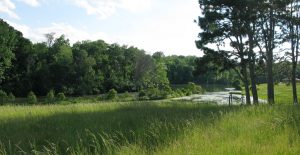 Property owners in the vicinity of Canteen and Cahokia creeks will soon be able to apply for a share of $1.65 million in grants to address groundwater issues.

The grant program, administered through the Belleville-based HeartLands Conservancy, will provide technical and financial assistance for voluntary projects to reduce nonpoint source pollution, soil erosion and nutrient and sediment loading on privately-owned rural and urban land in the watershed surrounding the two creeks.

Projects eligible for cost-share grants include:

The grant program represents the first step in implementation of the Canteen Creek-Cahokia Creek Watershed Plan, developed over the past two years by the Heartlands Conservancy and Madison County Community Development, in cooperation with area landowners and municipalities.

Metro East Park and Recreation District (MEPRD) announced it has awarded a $16,000 community planning grant to the Village of Godfrey for its forthcoming project titled: Vision 2020-2030 Parks and Recreation Comprehensive Master Plan.

The program, launched Jan. 15, is designed to encourage local governments and other agencies to undertake township, community, or county-wide comprehensive park planning and bicycle-pedestrian planning.

A $16,000 MEPRD community planning grant, issued to Godfrey last week, will go to support development and implementation of the village’s Vision 2020-2030 community-wide parks and recreation master plan. Development of the 10-year action plan for village facilities, amenities, and program is set to begin later this year and be completed in 2021

Established by the Illinois General Assembly in 2000 to develop, maintain and operate a public system of parks and interconnected trails in Madison and St. Clair Counties, the MEPRD has issued some $28 million in grant funding to 144 projects over the past 20 year, through three grant programs.

several are outdated and in need of an update. “MEPRD’s new grant program has the potential to bridge that gap, while simultaneously laying the groundwork for the next decade of parks and recreation-related improvements across the region,” commented Cole Preston, MEPRD Grant Coordinator.

The Community Planning Grant Program is one of three programs administered by MEPRD, all of which serve to advance its legislative duty Since its formation in 2000, the Metro East Park and Recreation District has provisioned more than $28 Million in grant funding to local and regional entities within its jurisdiction; a total of 144 completed and ongoing projects have been funded in-part by MEPRD. 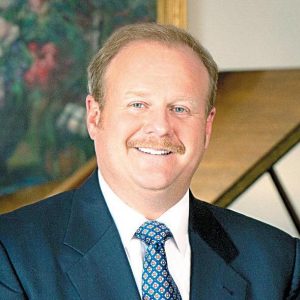 The ruling came after St. Clair County Board Chairman Mark Kern last year filed a challenge to broadcast license renewals for the four stations; contending that EMT is effectively a shell corporation used to hide de facto control of the stations by Bob Romanik of Belleville.

Romanik — the host of a boisterous political talk show on one of the stations — is a convicted felon.  The FCC bars convicted felons from holding broadcast licenses.

Board Chairman Kern has been a frequent target of barbs on Romanik’s programs.

The action dismissed the 2012 FCC license renewals of:

The decision also nullifies permission granted by the FFC to rebroadcast WQQW programing on W275CS (102.9 FM), an FCC-designated “translator” or “booster” radio channel, assigned to Highland.

The FCC has not indicated when it will decide whether to force sale of the stations or delete their frequencies from the agency’s roster of active radio broadcast channels— a process known as “going dark.”

If sold, proceeds would likely be distributed to area charities, according to broadcast industry observers.

EMT spokespersons have not indicated at the Chronicle’s deadline whether they will attempt to fight the administrative court ruling.

The Illinois Office of the State Fire Marshall is reminding Illinoisans of the importance of having approved smoke alarms.

By Jan. 1, 2023, all smoke alarms/detectors must have a sealed 10-year battery unless the alarms are hardwired into the home.

When purchasing a smoke alarm for your household, be certain that that the smoke alarm has been approved by a third-party testing organization as some retail outlets may sell non-listed smoke alarms.

OSFM has worked to pass an update to the NFPA 101, Life Safety Code 2015 edition, effective Jan. 1, which contains requirements for smoke alarms/detectors, including that they be listed by a third-party testing organization.