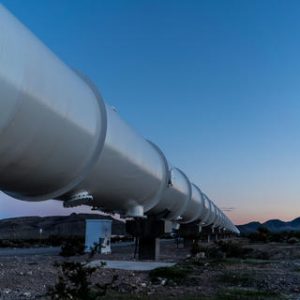 A 12-to-15-mile Hyperloop test track in Missouri would be used to certify new high-speed rail technology and then expand into a commercial Hyperloop network covering Illinois, Indiana, Kansas, Kentucky and neighboring states, under plans outlined May 21 by the Missouri Hyperloop Coalition during the 2019 FreightWeeksSTL conference.

A state commission, chaired by Missouri Lt. Gov. Mike Kehoe, was formed in March to study possible applications of the technology, including a proposed Hyperloop line from St. Louis to Kansas City. The panel will release its recommendations and findings this fall.

The same month, the U.S. Department of Transportation announced the formation a new council to govern and oversee new technologies in transportation, including Hyperloop and autonomous vehicles. The Non-Traditional and Emerging Transportation Technology Council (NETT) will determine if a new or existing federal agency will regulate Hyperloop travel.

Smith believes that suggests an opportunity for the building of an Hyperloop certification track in Missouri.

In addition to the coalition and House Speaker Elijah Haahr, the Hyperloop effort is a supported by a new Heartland Civic Collaborative; consisting of  business and civic leaders from Des Moines, Kansas City, Omaha and St. Louis.

The proposed Hyperloop One track would cost about $30 million per mile to build. To cover the cost, backers hope to use a combination of federal funds and private donations; emulating a strategy proposed develop an Hyperloop between the cities of Mumbai and Pune, India.

However, Hyperloop critics suspect state and local would also be required for the projects.

Serving as president of the Heartland Hyperloop Coalition is Travis H. Brown, who is also president of the controversial St. Louis government relations firm, Pelopidas, LLC.  The firm is conducting the “Better Together” city-county merger campaign.

It has helped to develop bond issue campaigns for Jackson County Sports Authority, the Truman Sports Complex, and other ballot measures for the Metropolitan Saint Louis Sewer District.

Critics continued to note that Hyperloop technology has never been demonstrated to work, even in scale model form. They also say they appears to be little demand for such ultra-high-speed rail service.

The Hyperloop was nevertheless the only infrastructure project specifically discussed during this years’ Freight Weeks conference.

An annual St. Louis-area infrastructure priority list, released for the first time at last year’s conference, will probably not be released this year until, possibly, fall, according to Patti Beck, director of communications for the St. Louis Freightway.

The listing is intended to reflect the infrastructure priorities of the St. Louis-area freight industry, and related businesses or agencies.

The region with at least four major effort to restructure area government may now have five.

At a surprise May 21 news conference, Dr. Will Ross, a key figure in the “Better 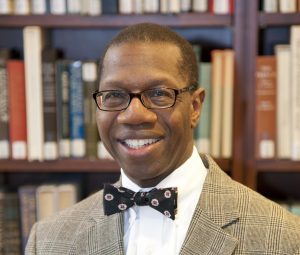 Together” effort for merger of St. Louis and St. Louis County, resigned; calling for an end to the merger campaign or at least termination of its top-level management.

Ross is a senior administrator and professor at the Washington University School of Medicine.

A week later, in an interview with the St. Louis American, Ross called for a new grassroots effort to pursue governmental reforms in the St. Louis area.

During the news conference, Ross criticized Better Together staff for failure to properly handle widespread criticism of its merger proposal.

Publicly unveiled in February, the plan was abruptly rescinded on May 6 after St. Louis County Executive Steve Stenger, who would have become the first mayor of a new “Metro City” under the proposal, was indicted on federal corruption charges.

Critics, including the Municipal League of Metro St. Louis and a new group known as the Black Elected Officials of North St. Louis County, have characterized the merger plan as a “tax grab” and bailout for the City of St. Louis’ $2 billion debt.

In  resigning, Ross — a member of the committee publicly credited with writing the merger proposal — said leaders of the Better Together campaign had no plans to address such criticism, but instead simply repackage the plan and reintroduce it.

“I am hoping we can build a grass roots coalition that can carry this effort forward,” said Ross, told the news conference. “That means engaging community groups such as St. Louis Strong, starting a meaningful community conversation that includes all voices and opinions, especially that of the African American community, and completely restructuring the leadership at Better Together, if not frankly dismantling the organization altogether.”

Meanwhile, The St. Louis County Charter Commission, authorized by county voters during the November 2018 elections, is preparing the first complete re-write of the county charger in the county’s history. The proposal is due in November.

The Municipal League continues to circulate petitions for a Board of Freeholders, a unique governmental body authorized under the Missouri Constitution to propose governmental changes in St. Louis city or county.

Flooding could be longest ever

The Mississippi River is expected to crest this week at the fourth highest levels ever recorded in Grafton, Alton and St. Louis. In terms of duration, meteorologists now say the current period of flooding along could be the longest along the waterway since at least the Great Mississippi River Flood of 1927.

At the Chronicle’s deadline, Jersey County officials were sandbagging sections of the 13-mile Nutwood Levee; which if breached would largely isolate Hardin other areas of Jersey and Green counties. The river was forecast to crest there June 4.

Illinois Gov. J.B. Pritzker, on May 30, activated the Illinois National Guard to assist Madison, Jersey, and Calhoun, as well neighboring areas, with flood response. Madison County Board Chairman Kurt Prenzler signed a proclamation declaring his county a disaster area and requesting National Guard assistance on May 29.

The St. Charles County, Missouri communities of Portage Des Sioux and West Alton were issued voluntary evacuation orders on May 28, after officials determined their levees would be breached by flood waters.

Due to continued flooding of the Mississippi and Illinois rivers, all divisions and the headquarters of Two Rivers National Wildlife Refuge in Brussels were close to all public access on May 30, until further notice. 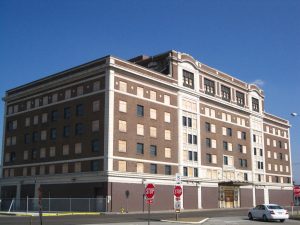 Renovation of the former Broadview Hotel in East St. Louis into senior apartments has been awarded federal tax credits by the Illinois Housing Development Authority (IHDA).

Grandview Senior Residences (Marine): Cottage Hill Development and the Turnstone Development Corporation will create 24 affordable housing apartments for residents aged 55 and older. The building will offer several amenities for seniors including on-site parking and a large community area, according to a prospectus.

The three are among 25 projects, awarded a total $28 million in Affordable Housing Federal Tax Incentives, by the IHDA last month.

Jersey County and the city of Belleville will share in a total of $50,000 in assistance from the Illinois Housing Development Authority (IHDA) to fix up vacant properties under a state grant plan.

The IHDA Abandoned Residential Property Municipality Relief Program will provide Jersey County with a $20,000 grant to be used for maintaining weeds and grass, trimming trees and bushes, installing fences to protect the public and repairing or demolishing abandoned property.

Belleville will receive $30,00 for similar works. The city launched a crackdown on abandoned or neglected properties in June of last year.

Belleville and Jersey County are among 62 municipalities, counties and land banks awarded grants May 17 to spur community redevelopment through the elimination of blighted and abandoned properties.

The funding represents the fourth round of grants authorized under the Illinois Save Our Neighborhoods Act.