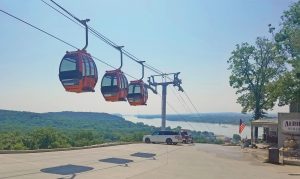 A Missouri man has said he created a pipe bomb and brought it to Columbia, Ill. in exchange for methamphetamine.

Donald Novy, 35, of Dittmer, Mo., pleaded guilty to unlawful possession of an unregistered destructive device and being an unlawful user of a controlled substance in possession of a firearm.

Court documents reveal that in November 2018, Novy agreed with another person to manufacture a pipe bomb and bring it to Columbia in exchange for meth.

Unbeknown to Novy, the other person was working with the federal Bureau of Alcohol, Tobacco, Firearms and Explosives and was accompanied by an ATF special agent working undercover. Novy accepted fake methamphetamine in exchange for the pipe bomb and was arrested.

Upon his arrest, ATF agents found a Taurus semi-automatic pistol in Novy’s possession. Novy later admitted using methamphetamine daily, including the morning of the transaction.

Novy will remain in federal custody pending his sentencing on Feb. 11.

The only aerial lift of its type, between the Colorado Rockies and Great Smokey Mountains of Tennessee, is now open on the Mississippi Rivers bluffs in Grafton.

In addition to offering an unprecedented view of the confluence of the Mississippi and Illinois rivers, the sky lift will help to ease traffic and parking problems along the Great River Road, which brings 1.5 million vehicles through the town each year, according to J.D. Lorton, director of operations for the resort.

The ride is open Monday through Thursday from noon to 6 p.m.; and Fridays, Saturdays and Sundays from 10 a.m. to 6 p.m. Tickets are $10 for a round trip pass. Season passes are available for $29 per person.

It sets the county’s tax levy — the total amount to be collected through property taxes — at $30.75 million next year; down marginally from $30.8 million, this year.

However, Madison County operations accounts for only about 8 percent of total tax bills in the county; so, any reduction in the county’s tax levy could offset by increases in local government, school district, or other tax levies on tax bills, county officials warn.

The proposed budget was approved by Finance & Government Operations committee on Oct. 29.

The Madison County Board is scheduled to take final action on the budget at its Nov. 20 meeting.

The new budget is to take effect Dec. 1.

The proposed Madison County Budget for FY 2020 can be accessed online at https://tinyurl.com/y54xkruv 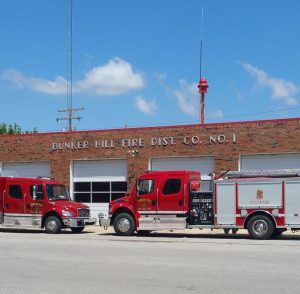 The Village of Godfrey has officially joined the roster of Metro East communities with water or sewage systems owned and operated by Illinois American Water.

The purchase price was set at $13.55 million in an Illinois American announcement.

The Godfrey system serves approximately 6,200 wastewater customers, including the nearby communities of Brighton and Fosterburg.

In addition to completing EPA-required improvements, as specified under an amended consent order with the Godfrey, Illinois American Water expects to invest, on average, about $2 million per year for routine capital improvements, over the first 10 years of ownership.

New customers are to receive an Illinois American Water welcome packet in the mail; with billing and contact information as well as instructions for the company’s online account management system.

The value of the wastewater system that was determined using a special appraisal methodology, established under Illinois Water Systems Viability Act for communities selling water or wastewater systems to investor-owned water utility.  The appraisal process was supervised by the ICC.

Rural electric cooperatives say recent federal tax law changes are threatening their status as tax-exempt, not-for-profit organizations, and with it their financial stability.

The federal Tax Cuts and Jobs Act of 2017 requires some grants and gifts from government agencies or private donors to now be considered as non-member revenue in the formula used to determine tax-exempt status.

In order to maintain their federal tax-exemption, an electric cooperative must receive at least 85 percent of all revenue from its members.

Before the new tax law took effect in 2018, grants were classified as capital and were not considered in the revenue formula.

Including grants and contributions in the revenue calculation will now mean that total non-member revenues for many co-ops will exceed the 15 percent threshold, set under the tax exemption criteria, co-op administrators say.

That is particularly true at a time when many Illinois co-operative have applied for substantial Federal Emergency Management Agency (FEMA) grants for repair of storm or flood damage.

In addition, electric co-ops are expected to play important roles in federal and Illinois efforts to extend broadband Internet service to rural areas — with funding provided through large state and federal grants.

Unless amended, that new tax law change could mean rate increases or even the sale of co-ops to private utility companies, administrators say.

Many rural co-ops have claimed over the years to provide electric service at rates below those of private utility companies.

The bill would specifically allow not-for-profit co-ops to accept government grants for disaster relief, broadband service and other priorities without losing their tax-exempt status.

While most of the largest communities in Metro East served by Ameren Illinois, co-ops still provide electric service in many rural areas and telephone service in some.

Among the co-ops supporting the measure is MJM Electric, which provides service in parts of Jersey, Macoupin, Bond, Fayette, Greene and Madison counties.

Additional information is available at www.action.coopruralact.