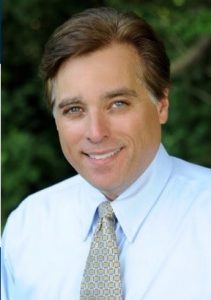 Madison County saw defeat of 1 cents sales tax proposal to benefit area school districts with 22,105 voting against the measure and 21,846 voting for it.

Randolph County voters turned down a 1 percent Public Safety Sales tax proposition, on a vote of 9,574 TO 4,367 votes.  County voters rejected a public safety sales tax by a similar margin during the November general election.

However, local tax and public debt measures did somewhat better.

Voters in Edwardsville Consolidated Unit School District 7 approved the Proposition E property tax referendum, by a margin of 8,618 to 5,804.  Proposition E will increase property taxes in the district from $2.15 to $2.70 per $100 of equalized assessed value.

In the Cahokia Fire Protection District Voters, voters by 661 to 269 margin authorized issuance of $1,040,000 in general obligation bonds to purchase fire trucks and other firefighting apparatus and equipment.

In the Northwest St. Clair County Fire Protection District, voters by a 732 to 288 margin, authorized $1,550,000 in general obligation bonds to improve existing facilities and purchase equipment.

Freeburg Fire Protection District voters, on the other hand, turned down a proposal for a $3,300,000 general obligation bond issue to construct and equip a new fire station.  The proposition failed on a 920 to 709 vote.

The two write-in candidates drew a total of 354 votes; however, specific totals for each were still not available through the Madison County Clerk’s office at the Chronicle’s deadline.

Glen Carbon Mayor Rob Jackstadt secured a fourth term. He received 2,333 votes to hold off a challenge from Steven Slemer, who received 1,481.

Madison Mayor John W Hamm III held off a challenge from Demetrius “Bird” Williams on a 683 to 220 vote.

In Mascoutah, incumbent Mayor Gerald E. Daugherty withstood a challenge from James E. Saffel, Sr. on a 934 to 183 vote.

Incumbent Shiloh Village President James A. Vernier, II held off a challenge from Jerry Northway on a 1,093 to 710 vote.

In Venice, longtime Mayor Tyrone Echols received 308 votes as he faced a challenge from write-in candidate Alexian Miller, for whom vote totals were not yet available.

On the Millstadt ballot, incumbent Village President Michael Todd was unopposed; winning reelection with 724 of the 866 ballots cast.

However, a number of Metro East cities and villages saw new mayors or board presidents elected.

Rickie Thomas was elected the new mayor of Washington Park, garnering 566 votes in a battle with incumbent mayor Ann Rodgers — who ran as write-in candidate after being removed from the ballot — and drew 324 votes.  Terrilyn Gossett ran third with 28 votes.