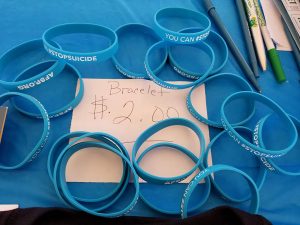 In the 10 years since the Chillicothe Rugby Football Club organized, it has faced both triumphs and tragedies.

While back-to-back state championships in 2010 and 2011 were definite highs for the organization, the way it responded to two tragic deaths in the rugby family speaks more about the kids and coaches who make up the club, according to Todd Fouts, an assistant coach and director of league relations.

The club raised about $2,500 in early May through its annual Rugby for Research charity  event to benefit the American Foundation for Suicide Prevention, a group it has supported since 2016.

Previously, the club raised more than $15,000 over a five-year period to support the Juvenile Diabetes Research Foundation.

“The initial idea was to support a different cause every year, but the organization embraced JDRF and continued the association for five years, raising over $15,000 for research into curing Type 1 diabetes,” he noted. “That continued until there was the tragedy that led us to switch to the AFSP.”

Rugby for Research began in 2011 after the sister of one of the Chillicothe Barbarian boys’ high school rugby players died of complications from juvenile diabetes.

Jamie Reginald, a sister of rugby player Josh Reginald, lost her battle to the disease in 2010. Their brothers, Adam and Nathaniel, played for the club later.

During the five years that Rugby for Research raised funds for JDRF, the club presented flowers to Jamie Reginald’s twin sister, Kalie, during the event’s halftime, Fouts said.

That heartbreaking event occurred on April 22, 2015, a Wednesday night when the Chillicothe Cailini girls’ high school rugby team had a rare mid-week home match against a team from Plainfield. 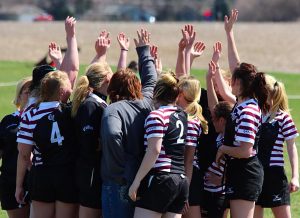 Later that evening, the entire rugby family was shocked to learn that one of the Cailini girls had taken her own life at home, Fouts said.

Alexis Encinas was just 16 years old and had sat the season out due to medical issues, according to a history on the club’s website.

“The tragedy was one that could have destroyed a team, but it served to pull the girls together, as well as the boys,” the website states. “They showed the spirit of champions.”

All the club’s players and coaches went to Encinas’s visitation together in their uniforms. “The line stretched around the block,” Fouts said. Alexis’s younger brother, Zeke, now plays on the high school boys’ team.

Previously, the Rugby for Research event mainly raised funds through a live auction and food concessions, as well as business sponsors that advertised on the team T-shirts.

“There’s no entry fee for the teams to participate because these are actually regular season matches,” Fouts said. “We do collect donations at the gate.”

When the club decided to support the American Foundation for Suicide Prevention after Encinas’ death, parent volunteer Tammy Hollis organized a vendor show to help boost the fundraising potential. 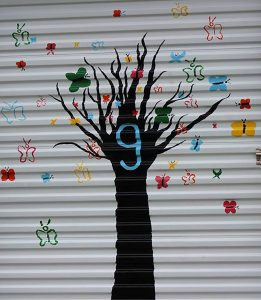 Chillicothe Rugby Football Club team members painted a mural of butterflies on the club’s shed in memory of 16-year-old Alexis Encinas, a member of the high school girls’ team who took her own life in 2015. The club hosts an annual Rugby for Research fundraising event that benefits the American Foundation for Suicide Prevention. (Photo courtesy of the Chillicothe Rugby Football Club)

“All the vendors’ fees go straight to AFSP. So the more vendors you get, the more you raise,” Hollis said. “And by the time you add in raffles, the silent auction and food profits, you’re generating a higher dollar amount.” The vendors also provide a percentage of their sales to the fundraising efforts.

Hollis is a vendor herself, selling handmade soaps and essential oils. She arranged to have about 10 other vendors at this year’s Rugby for Research.

Hollis also led a push to make the event about awareness as much as fundraising.

“We want to make it an easier subject to talk about with the kids,” said Hollis, whose daughter, Ashley Clougherty, played with the girls’ high school team the past four years. “Alexis was a very bright smart kid, and no one saw it coming. I want these kids to know there’s always someone out there they can talk to.”

Although her daughter graduated this year and no longer plays with the rugby club, Hollis plans to stay involved and hopes to help the Rugby for Research event grow. She’d like to add more events for younger kids next year, such as a bouncy house and costumed superheroes.

“Even though the reason we’re raising the funds is very serious, it takes a little bit of the edge off to add things that make it fun,” she said.

“I do feel like we’re making a difference,” Hollis added. “Mental health and emotional health are something people do not like to discuss. So many people walk around with all these feelings of depression and anxiety that they keep bottled up. Rather than let that ride, the rugby club found a way to make it discussible.”

Rugby for Research has grown from two matches in the first year to five this year. Visiting came from Peoria, Washington, Bloomington and Palatine. The event also follows a rugby tradition in which the host school provides a meal to the teams after the match.

“It’s a tradition in rugby to socialize after you play. These people aren’t your enemies; they’re your friends who happen to be your opponents,” Fouts said.

About 70 kids are involved in the Chillicothe club’s high school and middle school teams, including an exchange student from The Netherlands. The boys’ head coach, Laurence Hornibrook, is from Ireland.

“The rugby club has always been on the forefront of trying to stand against bullying in the schools,” added Fouts, who’s had three sons in the program. “If there’s a bullying incident, the rugby players will all stand up for the person who’s the weaker one in that situation.”

Hollis said, “What we want people to know about rugby is that we are a family.”

For more information about the Chillicothe Rugby Football Club, visit the website at www.chillicotherugby.com.