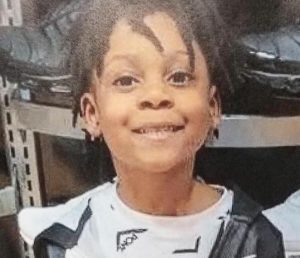 On May 13, a gunman opened fire in a hail of bullets at a Peoria apartment complex. Four bullets struck Jeremiah Ward, 4, and he died less than 45 minutes later at OSF St. Francis Medical Center.

A little boy was killed Monday, May 13 after a gunman opened fire in what Peoria police are saying was an ambush-style attack.

Four-year-old Jeremiah Ward died minutes after arriving at OSF St. Francis Medical center by ambulance, at 6:36 p.m. that evening. Peoria County Coroner Jamie Harwood later determined Ward was shot three times in the back, and once in the arm.

“Jeremiah’s cause of death was massive internal bleeding. He was transported by ambulance,” Harwood said at an afternoon press conference the following day. “The efforts were heroic and tenacious at St. Francis.”

Marion was choked with emotion as he disclosed the details of the shooting, in which a 23-year-old man was also shot in the leg. Ward’s mother and two unidentified men were seated in a parked sedan outside Lincoln Terrace Apartments when the gunman opened fire.

“The driver was injured, a backseat passenger fled the scene,” Marion said. “The four-year-old had exited the vehicle and was coming back when the shots were fired. The mother was in the vehicle. She was not injured.”

Marion believes the driver was the target, and the shooting may be gang-related. Police are still searching for the man who fled the scene.

Less than an hour after the Ann Street shooting, police responded to a second shooting around five miles away on the 1900 block of N. Missouri Avenue, northeast of the previous ambush.

At 6:39 p.m., minutes after Ward died, several complaints of 20-30 shots fired were reported to police.

Shell casings were found scattered on a porch, and four houses were struck by gunfire.

Neil also said a male reported to a local hospital that night with a gunshot wound to his torso. The man was “evasive” when questioned about his whereabouts when the shooting occurred. No details regarding suspects involved in any of the shootings are being released.

“We believe that people with first-hand knowledge of the shooting are withholding information, which is very frustrating,” Marion said. “We cannot solve this without the community’s help … we plead people come forward with regard to the murdering of this innocent child.”

The evening, he explained, was “decent” and people were likely outside and witnessed the Ann Street shooting, and detectives have unearthed related Facebook videos. Marion declined to comment on the content of the videos, but said he’s certain there are more.

Witnesses may be concealing information for fear of retaliation, he said, but anyone with information can report to the police anonymously, and should do so immediately.

“The officer in charge of this investigation is Detective Matt Legaspi, and two detectives are assisting,” Marion said. “They can call the non-emergency number and ask for any of the detectives and they can call Crime Stoppers and remain anonymous.”

Anyone with information regarding this investigation can call the Peoria Police detectives at 309-673-4521. Greater Peoria Crime Stoppers may be reached by calling 309-673-9000.