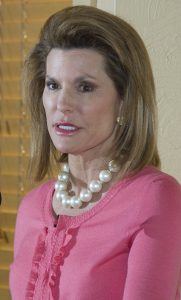 Nancy Goodman Brinker will be among women featured in the Peoria Historical Society’s new Notable Peoria Women tour in August. Brinker founded Susan G. Komen for the Cure to spread awareness and fund research toward a cure for breast cancer in honor of her sister, Susan Goodman Komen, who died from the disease at age 36. (Photo courtesy of the Peoria Historical Society)

The Peoria Historical Society is putting the focus on women with its newest history tour.

The Notable Peoria Women tour will depart from the front of the Caterpillar Visitors Center, 110 SW Washington, at 1:30 p.m. each of the five Saturdays in August. Reservations should be made in advance as the tours take place on an air-conditioned shuttle bus with limited seating.

“I think a lot of us would agree that this year and into the next year is the year of the woman with the 100th anniversary of women’s suffrage coming up in 2020,” said Maureen Naughtin, the society’s collection curator.

The tour notes that Peoria has a rich history of fascinating women who’ve made their mark on the city. The program will feature about a dozen women, including three who have been inducted into the National Women’s Hall of Fame, as well as others who have impacted education, business, medicine and the lives of those less fortunate.

One of the featured women, feminist writer and activist Betty Friedan, was recently memorialized with a bench in her honor in Upper Bradley Park. The bench was dedicated last month by the Betty Friedan Hometown Tribute Committee with a plaque that reads, “Peoria Native Who Changed the World.”

Friedan’s 1964 book, “The Feminine Mystique,” is credited with helping to launch the feminist movement. She also co-founded the National Organization for Women, among other groups.

“She was a scholar, an author, an activist, a journalist, a politician, a wife, a mother, a woman,” Naughtin said in remarks at the July 9 dedication on behalf of the PHS. “(Friedan) produced many a creative work and truly changed the course of history—especially for women.”

Naughtin is also working with Roberta Parks with the Greater Peoria League of Women Voters and Lottie Fiddes, a curator at the Peoria Riverfront Museum, to plan a celebration next year of the 100th anniversary of women’s suffrage.

“With all this going on, we thought how appropriate would it be to layer in one more tour to identify women from Peoria who have made a difference in all kinds of areas. There are some names people will know and others that are relatively unknown, and that’s part of the beauty of it,” Naughtin said.

The script for the tour was written by PHS board member Beth Johnson, who runs the history tours, and Marilyn Leyland, a former PHS board president.

Among recognizable names that will be mentioned are Susan Goodman Komen, who died in 1980 at age 36 after a three-year battle with breast cancer. As the tour passes Komen’s burial site in Parkview Cemetery, the guide will talk about how Komen’s sister, Nancy Goodman Brinker, kept a promise to do something to spread awareness about breast cancer and fund research toward a cure by founding Susan G. Komen for the Cure, which has raised more than $2.2 billion for breast cancer research. 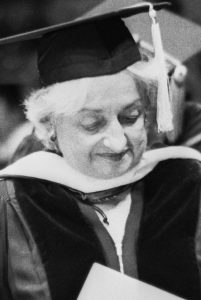 Other well-known names will include Lydia Moss Bradley, who founded Bradley University; Lucy Pettengill, who with her husband, Moses, was among a small group of abolitionists providing a station on the Underground Railroad in the 1830s and 1840s; and Dr. Maude Sanders, an African-American doctor who came to Peoria in 1942 and later received the Governor’s Award for Lifelong Service.

Among other women featured will be Dr. Allene Jeanes, who won numerous awards for her pioneering research at the Ag Lab into the production of dextran and xanthum gum; Julia Proctor White, who founded the Peoria Women’s Civic Federation and was the first president of the League of Women Voters in Peoria; and Lucie Brotherson Tyng, the first woman to be elected to the Peoria school board in the 1800s.

“There’s diversity and a nice variety of professions and disciplines and time periods represented,” Naughtin said. “The tour can’t be chronological because it’s geographical. It wouldn’t make sense to weave all over Peoria to make it chronological.”

Like most of the Peoria history tours, the Notable Women program will last about 90 minutes.

“I anticipate that women will be the first to jump on board,” Naughtin said. “I do know our AAUW group in Pekin has already signed up for one of the tours. So I think women’s organizations are tuned in and eager. I would assume we will have men participants as well.”

Naughtin said she hopes participants will take away an appreciation for women and their accomplishments. “I think we have been remiss throughout the years in celebrating what women can do and how they’ve contributed to the good of humankind,” she said. “I just feel like we, as a culture, have been negligent in identifying the contribution of women to our society.” 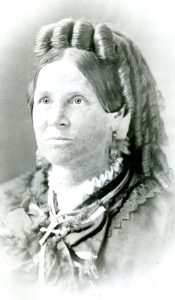 The Aug. 31 Notable Women of Peoria tour will make a special stop at the Peoria Women’s Club, located at 301 NE Madison. The club was founded in 1886 by a group of women, including Clara Parsons Bourland, who was its first president.

The Peoria Women’s Club has been educating women in the fine arts, literature, public affairs, travel and more over the past 125 years and continues to be active in a variety of community initiatives. The club welcomes new members.

The Notable Peoria Women tour joins the Grandview Drive and Springdale Cemetery tour and the Lincoln and the Civil War tour in August. September tours include River City, Art and Architecture and Roll out the Barrel. October tours feature Grandview Drive and Springdale Cemetery and Haunted Peoria. For a schedule of times and tours, visit the PHS website at www.peoriahistoricalsociety.org.