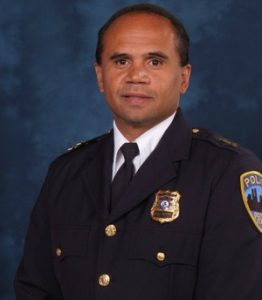 Peoria Police Chief Jerry Mitchell abruptly announced he is leaving Feb. 9, as a City Hall investigation into misconduct allegations draws to a close.

City officials hired an outside agency to investigate allegations of inappropriate behavior between Mitchell and a subordinate, an unnamed civilian employee.

That City of Peoria did not mention the investigation in its press release and labeled Mitchell’s departure as a retirement.

Mitchell, a 27-year veteran of the police department, was promoted to chief in 2014, replacing Steve Settingsgaard who left to take a security position with Caterpillar.

“I would like to thank Chief Mitchell for his more than 27 years of service to the Peoria Police Department,” City Manager Patrick Urich stated in a press release. “I wish him well in the future as he pursues other options.”

Mitchell began his career with the Peoria Police Department following his graduation from Bradley University. He was promoted to chief in September 2014.

Mitchell stated, “It’s been an honor to serve the citizens of our community, but it is time to move on to new opportunities. The department will continue their legacy of outstanding service.” 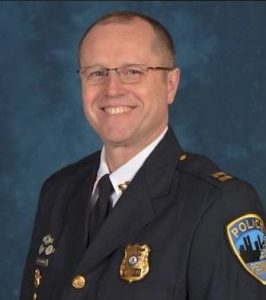 “The Peoria Police Department will continue to move forward and provide the highest quality of service to the residents and visitors of Peoria,” Marion said.

Mitchell’s retirement falls in the wake of the department’s second police-involved fatal shooting in six months.

Most recently, following an early morning chase on Feb. 1 that began with a routine traffic stop, police exchanged fire with Daniel El, 25. El was shot 16 times, and was pronounced dead an hour after the traffic stop.