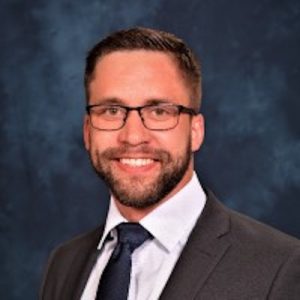 On Jan. 12, 2019 Kedron Murphy was shot five times and was pronounced dead at 6:30 that morning in the backyard of a south side home.

Murphy’s murder was a bleak milestone in what became Peoria’s deadliest year in more than three decades.

Nancy Vorrath’s death on Nov. 23 marked the 25th, and final, homicide of the year and on  Dec. 13, her death was ruled a murder.

In August, Jeremy Simmons was charged with first-degree murder of his mother, Theresa Ann Simmons, after beating her with a hammer.

Over the past 10 years, Peoria has tallied 169 homicides, with 2010 and 2019 bookending the decade with record breaking numbers. 2010 ended with 23 homicides. Of the 25 this year, a dozen homicides remain unresolved, including the murder of Jeremiah Ward.

On May 13, the four-year-old boy was caught in the crossfire of an ambush-style shooting, and was shot in the back four times. He died in the emergency room at OSF St. Francis Medical Center in Peoria less than an hour after the shooting. Most of this year’s homicides were gun-related.

“We focus on the most violent offenders,” Moushon said. “We try to document who they’re stopped with and ID people. All of the sudden, you have a history, of those people, where they live, where they hang out.”

It’s considered, Moushon said, profiling with a purpose, as opposed to racial profiling. But others in the community say police and city officials remain uninvolved in remedying violence on socio-economic levels.

“Peoria just hasn’t committed and they don’t really have the will to make the change,” New Millennium Institute founder James Agbara Bryson said. “I’ve had minimum participation from police department, no commitment to participate in training or building community relationships. Their focus is enforcement, and that’s why they’re facing record numbers.”

Bryson holds a bachelor of social science from Eureka College and earned a master’s degree in social science from Illinois State University. He worked for the City of Peoria in Workforce development for more than 17 years, was a counselor at Illinois Central College and, earlier in his career, was a probation officer for Peoria Juvenile Court Services. 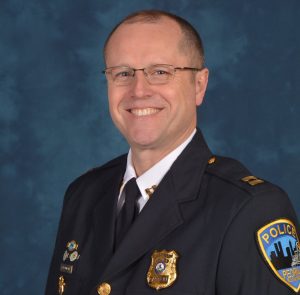 In 2011, Bryson founded the New Millennium Institute as a means for the community and it’s leaders to gain access to educational and workforce strategies. It’s not something he thinks city officials have embraced.

“They perpetrate a destiny of low employment, poverty, homicide,” Bryson explained, “but when you tell them what you need, they just say, ‘Let’s see what happens …’ Peoria still is one of the worst places in the country for blacks.”

He’s right, at least according to 24/7 Wall Street, a financial news and opinion website with a focus on industry research and government policies influence the economy.  For a fifth year in a row, 24/7 ranked Peoria among the 15  Worst Cities for Black Americans.

Violence, Bryson says, is a symptom of a social sickness that begins in the home, continues at school and manifests in society. Children as young as 4, he said, are now showing a noticeable lack of respect for peers and teachers, along with other antisocial behaviors.

“Parenting is an issue. Many parents lack parenting skills,” he said. “These kids are damaged through cultural conditioning, music, sex and violence on tv, gangster rap. The minds very fragile and and susceptible to conditioning, and they almost accept fear and violence as the norm.”

Violence, in itself, is infectious, Bryson said, and causes an emotional, physical and emotional ripple effect. Whenever a traumatic life event occurs, it causes forms of post traumatic stress, anxiety, depression and behavioral issues.

“We have to focus on a process of cognitive restructuring to renew the mind. So many of these kids develop unconscious self-handicapping behaviors,” he said. “It’s difficult for these who want to learn to learn. They’re unprepared at school, they cant focus and they become very skilled with distraction.”

Low graduation rates, unemployment, violent crimes and homicides are rooted, he said, in the poverty that is created from those factors. “I deal with the trades, and these students aren’t job-ready or college-ready. There’s a shortage of job-ready applicants, not jobs,” Bryson said.

As part of the New Millennium Institute, Bryson launched Harvesting Dreams, a weekly meeting at the ICC East Peoria Campus that provides African American Students in the Peoria community and school system with group conversations and activities that reduce self-handicapping behaviors and promote social and academic success.