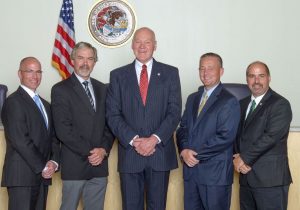 Kahl coasted to an easy victory over Timothy Jeffers, earning 66 percent over the votes.

Mingus chose not to run for a fourth term.

Jeffers  occupied a commissioner’s seat for three terms, and has 10 years’ experience working with the city’s waste and waste water departments.

Kahl is in his first commissioner’s term and also is the chair of the Tazewell County Consolidated Communication Board.

Of them Decker, a three-term commissioner, is the only candidate with City Council experience. He also spent 23 years with the East Peoria Fire Department.

Hill is a member of the city’s Zoning Board of Appeals and is employed by Caterpillar as a certified project manager.