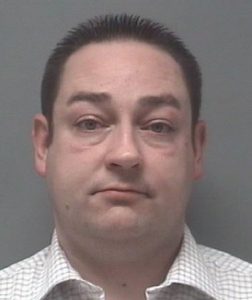 The youth pastor of a long-standing East Peoria Baptist church was jailed on allegations of sexually assaulting a teen church member.

According to a Tazewell County court affidavit, Coyle made numerous sexual advances upon the youth over the span of four years, advances which involved sexual contact on multiple occasions.

The first incident occurred in 2006 when the youth was 13, and the contact continued until he was 17.

In the affidavit, the victim said Coyle, who led the church’s “teen unit” in youth activities, would offer teens back rubs during program activities, and “crack” their backs.

Coyle often invited the boy to join him alone at the church on Spring Bay Road, to help with plan for various activities and projects. Most sexual encounters, the affidavit states, happened in the “prophet’s chambers”,  a guest bedroom in the church.

One incident, however, occurred outside of the church at a camp. In the affidavit, Coyle admitted to committing the acts as described.

The sexual assault carries a maximum 15-year prison term. The aggravated abuse charge is punishable by up to seven years in prison. Coyle is scheduled to appear in court Feb. 21.

Representatives of Averyville Baptist Church did not respond to inquiries as to whether Coyle continues to serve in any capacity with the church since his arrest. No other allegations have arisen since Coyle’s arrest.