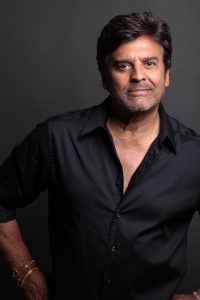 Actor Erik Estrada, star of the 1970s hit show “CHiPs”, will be a guest of honor at the Marigold Festival.

Police and doughnuts aren’t just a stereotype; they are two of the many 2107 Pekin Marigold Festival highlights.

As a means of showing appreciation for local law enforcement, the festival committee chose Marigolds on Patrol as the theme of the 44th annual festival.

“We chose this theme to honor our men and women who protect us every day,” said Marigold Festival committee chairman, Brigette Krieg. We are thankful for their selfless dedication to our city and our country.”

In step with the theme, this year’s celebrity guest is Erik Estrada, star of the late 1970s television series, “CHiPs” (California HIghway Patrol). Raised in New York City’s Spanish Harlem, Estrada is a national spokesperson for the Internet crime prevention foundation, Safe Surfin, and a supporter CHiPs for Kids and Cops for Tots.

The actor will join in on Saturday’s parade, then meet and greet current and retired law enforcement officers. Later that afternoon, Estrada will sign autographs at the EnviroSafe Celebrity Tent on Pavillion Drive. 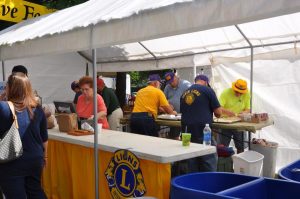 He’ll return Sunday from 1-3:30 p.m. to answer questions and sign autographs again. And, perhaps the actor, who actually is a reserve officer for the Muncee, Ind. police department, will have a doughnut.

A main festival attraction, the Pekin Lions Club will again set up its doughnut shop near the Pavillion where volunteers will follow the same simple recipe the group has used for 25 years.

“We just buy the little tubes of biscuit dough, spread ’em out, punch a hole in them, toss them in the oil and then sugar them.” Lions Club committee member Bob Lutz said. “We start out about 7 a.m. on Saturday and again on Sunday, and we’ll have coffee, hot chocolate, soda and water again.”

It’s the organization’s biggest fundraiser, he said, and the proceeds help fund its annual Christmas basket drive, and pay for eyeglasses for needy children and adults. The biscuit pastries are so popular that Lutz said the Lions Club sold 25,400 doughnuts at last year’s festival.

Though the festival will host a few newer attractions, such as Jimmy John’s Freaky Fast Pitch, it’s the long-standing features that draw a crowd. 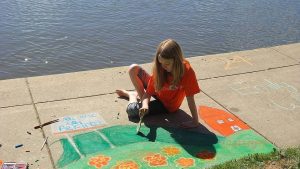 On Sept. 10, from 9 a.m. – 3:30 p.m., Powerton Generating Station will host the Marigold Festival’s annual Chalk Walk. Each entrant is given a segment of the sidewalk surrounding the lagoon at Mineral Springs Park to decorate. Entry to the all-ages competition is $10 per segment, and contestants must bring their own supplies.
(Photo courtesy of Pekin Lions Club)

“Mainly it’s the things people come back for, like Art in the Park, the carnival, the festival food,” Pekin Marigold Festival events manager Renna Hadsall said. “And, of course, our annual celebrity guest. We have a lot of fun with our new celebrity each year.”

More than 250 art vendors will surround Pekin Lagoon this year, selling wares that include collectible art, jewelry, primitives, stonework, and clothing. Artists will also be on hand for face painting and caricature art.

The Marigold Festival kicks off at 5 p.m. Sept.  7 with wine tasting and the Top Dog canine beauty pageant. 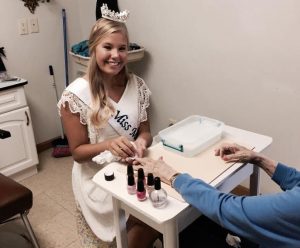 The 2017 Miss Marigold, Hope Tilstra, gave manicures to residents of Autumn Accolade Assisted Living Center. Tilstra is the 42nd pageant winner in one of Illinois’ longest-running community pageants. Winners are expected to play an active role in community events throughout their term as Miss Marigold. (Photo courtesy of Miss Marigold Pageant Facebook)

Bode is a US Marine Corp veteran and lifelong volunteer who has worked for the Peoria Prison Cursillo Ministry, St Vincent de Paul Crisis Ministry, the Pekin Outreach Initiative, as well as other organizations.

Information and updates are available at www.pekinmarigoldfestival.com, and a comprehensive schedule and map may be found in this year’s 65-page Marigold Festival handbook, which is available at most Pekin retailers.