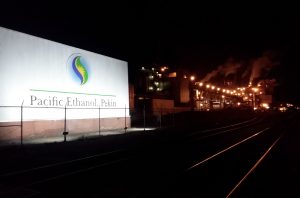 Rules are rules, and the Illinois chapter of the Sierra Club has issued a stark reminder of that to Pacific Ethanol Pekin, Inc. regarding repeated alleged Clean Water Act violations at its Pekin plant.

On Nov.  28, the Sierra Club and Prairie Rivers Network informed the company and Avantine Renewable Energy, Inc. of an intent to sue both for violations extending from 2015. Pacific Ethanol purchased Avantine in July of that year.

“The Pekin facility has brazenly and consistently violated its water-pollution permit for years, which has jeopardized and will continue to jeopardize the quality of the Illinois River,” the groups wrote in a joint press release

The Pekin plant is bioethanol refinery which operates as a wet mill. There, grains are steeped in water, sometimes using sulfur dioxide, to soften the kernel, which helps separate it into different parts. The water is then treated for chlorine and other particulates, and allowed to cool until it’s ready to be property discharged. At least, it should be. 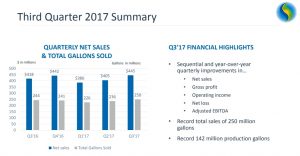 The groups contend that the facility has, and still does, regularly release excessively hot and polluted wastewater into the Illinois River. In a Notice of Intent to Sue, the parties cite 111 infractions dating from Dec. 31, 2012. 89 of the violations occurred after Pacific Ethanol purchased Avantine.

“Through lots of scientific study, the state develops water quality standards that give the range that we think is generally safe for aquatic life, such as pH, temperature and toxic compounds,” said Sierra Club Clean Water Program Director Cindy Skrukrud. “We want our rivers to be healthy for the fish and other organisms. You’re not going to get aquatic life with these unnaturally hot circumstances.”

Only two violations are of a chemical nature; a nitrogen ammonia violation on July 31, 2014 and another for chlorine residual on Feb.  29, 2016. The other 109 are for excessive temperatures and flow, according to documents.

According to Illinois Environmental Protection Agency permits for both companies, dated 2006 and 2014, they have a temperature limit of 60 degrees from December through March, and 90 degrees from April through November.

Daily average flow limits vary greatly for each of the facilities two outfall locations, as well as for each permit, and 23 of the violations are for excessive flow.  The average temperature range is around 30 degrees above the set limits, a difference that usually occurred during the December through March bracket.

“There are spawning beds to consider, and invertebrates,” Skrukrud said. “Larva stages of Mayflies, Damselflies, Dragonflies. Rivers are the center of an aquatic based food chain.”

Hot water discharges can also affect the environment of freshwater mussels, which are considered “ecosystem engineers” by the Illinois Department of Natural Resources. Algae and insect larvae attach to their shells and they help make the aquatic habitat more suitable for life. 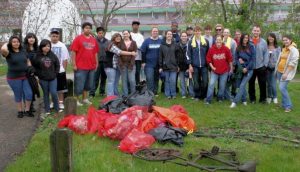 “Freshwater mussels are among the most endangered species on the planet,” Skrukrud explained. “They mostly found now in North America.”

There was a window of time, she said, when some of the infractions were not considered violations. That’s when the companies were given a forgiveness timeframe in which to conduct a mixing zone study to determine the effect of outflows on the . But that was never done.

From June 1, 2014 through June 1, 2015, Pacific Ethanol was exempt from temperature limits, to allow the company time to conduct a field study. Instead of doing so, the company continued to violate its permit, and did so 30 times during that timeframe.

There still is time for the company to remedy the problem, she said, by adding a tank or cooling pond, or committing to a mixing zone study. Until such remedy is in place, Skrukrud said the lawsuit will proceed.

“If Illinois regulators will not act, then the Sierra Club and Prairie Rivers Network will use the legal means available to them under the Clean Water Act to protect our state’s precious waterways,” said Mark Templeton, associate clinical professor of law and director of the Abrams Environmental Law Clinic at the University of Chicago Law School said in the press release.