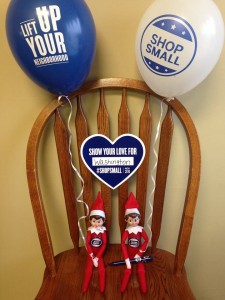 After 20 years with the city of East Peoria city administrator Tom Brimberry will retire on Jan. 19

Brimberry, who has served as administrator since 2002, announced he will take an early retirement package offered to a total of 29 city employees in a cost-saving effort by the city. The package was extended to employees are at least 50 years old and have contributed to the state pension fund, Illinois Municipal Retirement Fund, for at least 20 years. Brimberry is 59. The retirement package covers those not yet eligible for full benefits. It involves an annual contribution by the city and the employee to the person’s retirement fund with the city initially contributing at a rate of 11 percent of the employee’s salary, and the employee putting in 4.5 percent of his or her salary. From that point, employees would essentially buy each subsequent year until reaching the age of full benefits.

The Illinois Central College Board of Trustees has unanimously appointed Executive Vice President of Administration and Finance Bruce Budde as interim president, effective Jan. 1. Budde replaces Dr. William Tammone, who recently resigned to take a position in Colorado. Budde has been at the college for nearly 23 years and has served as the director of human resources, controller, and most recently as executive vice president of administration and finance.  “Bruce brings a wealth of experience to the position through his many years here at ICC. We appreciate his willingness to serve as interim president,” said Board of Trustees Chair Sue Portscheller.  “The Board has every confidence in Bruce and the current leadership of Illinois Central College to continue to move the College forward. The Board will, as always, provide support and direction for the College during this transitional time.” Portscheller noted that the presidential search is on schedule and plans are to complete the process early next year.

The college has also named its first recipient of the James K. Polk Diverse Faculty Fellowship. The honor goes to Kamara Taylor, who received ICC’s 2015 Teaching Excellence Award and teaches psychology and political science. She has a master’s degree in political science and is working on her doctorate. This is a two-year fellowship.

Those needing quick gift ideas can give a trip through Folepi’s Winter Wonderland. Tickets to Folepi’s Winter Wonderland, the East Peoria Festival of Lights drive-through display, are available at EastSide Centre, 1 EastSide Drive. They cost $10 each and are good for the season until Dec. 31. EastSide Centre’s hours are 5:30 a.m. until 10 p.m. Monday through Thursday, 5:30 a.m.-9 p.m. Friday, 6 a.m. until 6 p.m. Saturday and 7 a.m. until 5 p.m. Sunday. EastSide will be open until noon on Christmas Eve and 3 p.m. New Year’s Eve.  For more information, call 698-5437.

Schools getting new buses after

The Pekin City Council agreed to lease 70 new buses for the school districts and others in the community. The five-year lease agreement comes to $778,383 annually, which is more expensive than the previous contract with Midwest Transit because more buses are included under the new agreement. The city has entered into agreements with Midwest Transit for the past four years and officials say the arrangement saves the city hundreds of thousands of dollars on maintenance costs. The city buses service Pekin District 108, Pekin District 303, Rankin District 98, South Pekin District 137, Tazewell Community Resource Center and Schramm Educational Center. Some of the newer buses will have be outfitted to accommodate wheelchairs, and all will be equipped with air conditioning and cameras from the old buses. They will be ready for the 2016-17 school year.

Now  through Tuesday, Dec. 22,  residents can find the Washington Chamber of Commerce’s Elf on the Shelf George and Martha posted each day at 7:30 a.m. on the Chamber’s Facebook page at their secret shopping location. Post your guess as a comment about what business they are visiting. Each correct (unedited) answer will then be entered into the random drawing for that day (one unedited guess per person per day). Answers will be accepted until 7:30 am the next day. Be sure to check back that next day at noon to find out who had the winning guess. Winners will receive a $25 Washington gift certificate. Only one gift certificate will be given for each location.

Remembering the fallen during holiday season