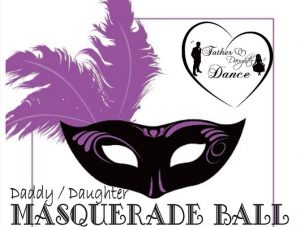 The Pekin Park District is planning a special time for dads and their daughters with its Daddy-Daughter Masquerade Ball, Feb. 16 at the Soldwedel Program Center, 207 McNaughton Park Road, Pekin.

The Illinois Senate is expected this week to start discussing a new plan to raise the state’s minimum wage to $15 an hour.

Supporters of the measure were working on details with business interests and other business and government entities that would be affected by having to pay a higher wage.

The last increase in the state’s minimum wage went into effect in 2010 when it was increased to $8.25 an hour. It was the last of a series of increases approved in 2006. The federal minimum wage continues to be $7.25 an hour.

Negotiations would arrange for the state’s new minimum wage to be phased in over several years.

In 2017, Illinois lawmakers approved legislation to raise the minimum wage to $15 an hour. However, then-Gov. Bruce Rauner vetoed the bill saying it would result in job losses at the low end of the wage scale and hurt the people the minimum wage is supposed to help.

Twenty-six states and the District of Columbia have a higher minimum wage than Illinois.

“For the Love of Japanese Prints: Frank Lloyd Wright and the Art Institute of Chicago,” is the title of a lecture to be held Feb. 14 at the Peoria Riverfront Museum, 222 SW Washington, Peoria. The event will open with a social time at 9:30 a.m., followed by the program at 10 a.m. Admission is $12 for adults and $5 for students.

In this Fine Arts Society lecture, Janice A. Katz of the Art Institute of Chicago will describe Wright’s role in building the museum’s Japanese print collection, the landmark exhibition he designed in 1908, and the drawings done by Wright and his studio held by the museum. For more information, visit www.FineArts Society.net.

Dads can dance with daughters at ball

The Pekin Park District invites local dads and their daughters to its Daddy-Daughter Masquerade Ball. The party will be held from 5–7:30 p.m. Feb. 16 at the Soldwedel Program Center, 207 McNaughton Park Road, Pekin.

Party-goers may bring their own masks. The craft for the evening will be mask-making for those who do not have masks. The event will include dinner and dancing. Tickets cost $20 for a father and daughter, and $4 for each additional daughter. Purchase tickets at pekinparkdistrict.maxgalaxy.net. For more information, call 309-347-7275.

Chamber to hold annual Meet Up

The casual party will feature hors d’oeuvres, networking opportunities and entertainment. The 2019 Distinguished Service Award winner and the 2018 Chamber Volunteer of the Year will be announced, as will the theme of the 2019 Pumpkin Festival.

Tickets are $30 per person, and can be purchased by Feb. 5 at mortonchamber.org.

Back by popular demand is the mechanical tour coming up Saturday, Feb. 23 at David Davis Mansion in Bloomington.

Ever wonder about the behind-the scenes mechanical workings of the once most-up-to-date house in Bloomington?

These questions and more will be answered on Saturday, Feb. 23, during this special David Davis Mansion Mechanical Tour.

Tour time is 1 p.m. and tickets must be purchased in advance. Tickets are $15 each and the tour is limited to 20 people.

Tickets are available only at the David Davis Mansion Visitors Center, open 9 a.m. to 4 p.m. Wednesday through Saturday. Call 309-828-1084 during these hours only, to reserve your tickets.

Also, join in a meet-and-greet with President Abraham Lincoln and help celebrate his 210th birthday on Saturday, Feb. 9 at David Davis Mansion.