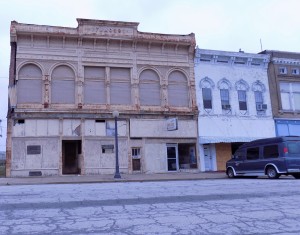 A study released last week by Harvard University researchers suggests that growing up in poor areas of Winnebago County could also mean lower annual earnings by age 26 — as much as $2,300 below the national average. Photo by Jack McCarthy/for Chronicle Media

A study released last week by Harvard University researchers suggests that growing up in poor areas of Winnebago County could also mean lower annual earnings by age 26 — as much as $2,300 below the national average.

By contrast, young people living in DuPage — No. 1 nationally in the study of 2,478 U.S. counties — indicated annual earnings of $6,200 more at the same age compared to peers in the Rockford area.

The Equality of Opportunity Project, overseen by Harvard’s Raj Chetty and Nathaniel Hendren, used income tax data from 1996 through 2012 and built on previous research as part of its focus on families and how neighborhoods and location affected upward mobility. Childhood was defined as lasting to age 20, according to study parameters.

While data suggests that remaining in poor areas was ultimately detrimental to kids, moving out of high-poverty areas appeared to raise long-term prospects.

“We find that every year of exposure to a better environment improves a child’s chances of success,” Chetty and Hendren wrote.

“Counties that have higher rates of upward mobility tend to have five characteristics: they have less segregation by income and race, lower levels of income inequality, better schools, lower rates of violent crime, and a larger share of two parent households,” the authors wrote.

According to the Harvard study, Winnebago County ranked among the lowest 10 percent of counties in the nation.

Boys fare worse among Winnebago’s poor, with a projected potential of $2,600 in lower annual income compared to the national average. Girls’ income was projected at $1,890 below average.

But even among Winnebago kids with higher family income, location also had an effect.

Children in families with “average” income still were $1,600 below the national income average of their peers and kids from more affluent families made $840 less.

Winnebago also ranked considerably lower than its immediate neighbors. Data for children from poor families in Stephenson, Boone and DeKalb counties were all in positive territory with annual income ranging between $410 to $1,220 above average. Ogle County was $2,330 higher than average.

Families defined as poor were living at the 25th percentile of income distribution, or around $30,000 per year for a family with two teenage children.

The difference between poor families living in the top-ranked county (DuPage) and the bottom (Baltimore) was dramatic.

“In contrast, every extra year spent in the city of Baltimore reduces a child’s earnings by 0.86% per year of exposure, generating a total earnings penalty of approximately 17% for children who grow up there from birth.”

It’s not just income. Race and a reduced ability to move out of poverty-stricken areas also play roles.

“Cities with large African-American populations tend to be more segregated and have lower levels of investment in public schools and other public goods,” the authors wrote. “This may explain why these cities generate poorer outcomes for children of all races. Irrespective of the root cause, it is clear that disparities across neighborhood amplify racial inequalities in the United States. We estimate that 20% of the earnings gap between black and white adults is explained simply by the county in which they grew up.

“We also find that areas with a larger African American population tend to have lower rates of upward mobility,” The authors wrote.

The authors suggest that moving families with young children into areas of lower poverty result in a long-term improvements in fortunes.

“Our estimates imply that moving a child out of public housing to a low-poverty area when young (at age 8 on average) using a subsidized voucher … will increase the child’s total life time earnings by about $302,000.”

The study did not offer formal policy recommendations but “our findings provide support for policies that reduce segregation and concentrated poverty in cities (e.g., affordable housing subsidies or changes in zoning laws) as well as efforts to improve public schools,” the authors wrote.