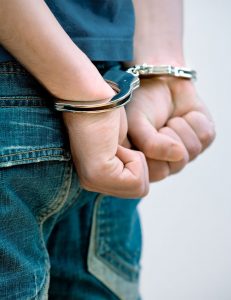 Rockford and a DuPage County suburb topped the state in drunk driving arrests in 2015 according to a statewide survey released last week.

Rockford and Carol Stream shared top honors among municipal departments (excluding Chicago) with 464 arrests as Rockford totals were fueled by a more than 20 percent jump from last year.

Carol Stream, meanwhile, boasted a 31.8 percent increase and the state’s highest arrest rate with 7.61 arrests per sworn officer. Since 2007, Carol Stream has been one of the top three departments in DUI arrests per officer.

The Alliance Against Intoxicated Motorists’ annual survey, funded by a grant from the Illinois Department of Transportation, is now in its 26th year. Nearly 700 police agencies were surveyed with 81% responding.

“Over the last three decades, progress has been made to help eliminate the devastation caused by impaired driving in Illinois. While frustratingly slow, many lives have been saved,” said Rita Kreslin, AAIM Executive Director. “Focused efforts and cooperation of law enforcement agencies, traffic safety advocates and communities have helped to prevent crashes and save thousands of lives.”

Since 1990, AAIM has conducted an annual survey of Illinois police departments to determine how many DUI arrests they make and to give recognition to the most productive departments and police officers.

Nearly 700 police agencies were surveyed with 81% responding. AAIM not only praises these departments and individual officers, but we also continue to encourage them to keep up the fight against drunk driving.

“While the progress is encouraging, the battle to eliminate impaired driving is far from over,” Kreslin said. “With cannabis use now in the spotlight, AAIM’s concern is driver performance and traffic safety. The complex problem of reducing impaired driving has many facets, including law enforcement training, public awareness strategies, proper prosecution and adjudication to help prevent the senselessness of impaired motor vehicle crashes.”

AAIM is an Illinois-only citizen activist group founded in 1982 by victims of drunk driving.