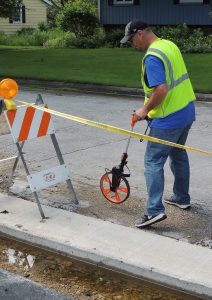 Road reconstruction on residential streets in the City of Rockford has some residents seeing red.

While the ultimate goal of a brand new road, is always welcomed in any neighborhood, the long process of residential road repair is fraught with uncertainties.

According to Mark Stockman, director of public works for the City of Rockford, several factors affect how streets are chosen for repair, the repair process and the timeline of street repair.

“Each alderman is allotted $350,000 to $375,000 annually to be utilized for residential street repair in their ward.  The City provides the aldermen with a pavement condition index that helps them determine which streets in their wards have the worst pavement,” he said.

Stockman added that the “average daily traffic count” is also a factor in which roads receive repairs.

The final decision of which streets to repair ultimately comes down to the alderman’s recommendation,” he said.

Once a street is identified for repair, the repair process consists of several steps.

“Typically, concrete work is done first.  This would consists of replacing crumbling concrete curbs and gutters with new ones.  Then two inches of the existing pavement are ground off and the manholes and storm drains are repaired.  The final step is paving the street with a new surface layer,” Stockman said.

One of the streets in Rockford’s fourth ward, Clarendon Drive, is currently being repaired, however the process is not following the typical street repair protocol.

“Clarendon Drive residents are pretty fortunate because due to curb and gutter work, several neighbors with crumbling driveway approaches, are having those approaches replaced by the City,” Stockman said.  “Typically we don’t replace driveway approaches even though they are on city property as they are a single point of access from the street to a resident’s property.”  The driveway approach is the concrete area between the street and a person’s driveway.

Fourth ward alderman, Kevin Frost said that the Clarendon Drive resurfacing is just one of about eight roads in his ward slated to be repaired or resurfaced in 2019. 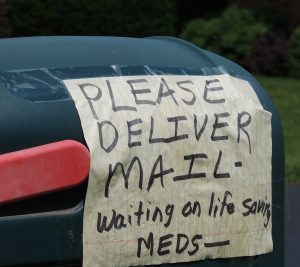 “I often bike around the neighborhoods in my ward to get a first-hand look at which streets may need to be fixed,” he said.  “Additionally, my constituents contact me with suggestions of roads that need attention.  Once I ‘sign-off’ on a list of streets needing work, the city takes it from there.”

Repairs to arterial roads and main thoroughfares which run through a ward are under the jurisdiction of the city.

In recent years, Frost said that there has been discussion among alderman on whether some wards should get more funding for residential road repairs; however at the present time, each ward gets an equal amount of money.

“An alderman’s job on neighborhood roads is to turn our share of funding into street projects in our individual wards,” Frost said.  “Sometimes a long residential road like Pepper Drive is repaired in sections with the project split up into manageable steps.”

Both Stockman and Frost agree that the timeline for residential road repairs is extremely arbitrary due to weather, summer heat, road buckling issues on main streets and more pressing road projects elsewhere in the city.

Clarendon Drive residents have found this to be true as they await pavement grind off and resurfacing.  Work on Clarendon started at the end of June with the replacement of some concrete curbs and driveway approaches.  At that time, some residents with blacktopped driveways had a four foot wide by one foot deep trench cut into the end of their driveways.  This action made it impossible for residents, many elderly or disabled, to use their driveways or park in their garages.

Stockman noted that removing this part of the driveway was necessary for replacing the concrete approach.  He also said that the final repair to the trenches will “…very likely happen when asphalt trucks arrive to resurface the street.”

After inquiries by some residents, Stockman did send work crews to fill in the trenches with gravel around July 10th making the driveways useable for the time being.

As Clarendon Drive residents continue to wait for their road project to be completed, most have tempered their impatience with the optimism of having the 50 plus year old street free of potholes and crumbling pavement.  After all, the road to success is never a smooth ride.