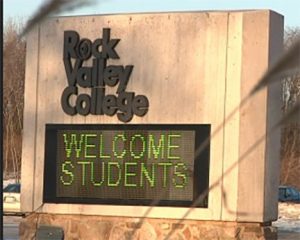 The Rockford School Board last week approved plans based on community feedback to tear down Walker Elementary School, 1520 Post Ave., and transfer the vacant land to the Rockford Park District.

The Park District Board of Commissioners also approved the intergovernmental agreement at their meeting last week.

Some neighbors asked district officials to consider potential redevelopment, which RPS 205 officials explored. District leaders partnered with the City of Rockford to issue a Request for Proposals. Developers were asked to partner with the City and redevelop the school. Following a deadline extension, no proposals were submitted. RPS 205 officials expect to begin demolition in spring 2018. The deadline to tear down the building, according to the agreement, is June 29, 2018. The existing playground and equipment will remain, and all paving will be removed, according to the agreement.

RVC among 150 colleges eligible for award

Rock Valley College was recently named one of 150 community colleges eligible to compete for the 2019 Aspen Prize for Community College Excellence, the nation’s signature recognition of high achievement and performance in America’s community colleges.

Rock Valley College was selected from a pool of nearly 1,000 public two-year colleges nationwide to compete for the $1 million Aspen Prize.

Awarded every two years since 2011, the Aspen Prize recognizes institutions with outstanding achievements in four areas: learning; certificate and degree completion; employment and earnings; and high levels of access and success for minority and low-income students.

“We are humbled to be selected for this prestigious opportunity,” said Dr. Doug Jensen, Rock Valley College President. “This validates that Rock Valley College is succeeding in its mission to excel in teaching and learning, and in preparing students from all walks of life to achieve their goals through education.”

Rock Valley College will move forward to the next round of the competition for the Aspen Prize for Community College Excellence by submitting an application to be reviewed through a rigorous evaluation for a spot on the top ten Aspen Prize finalists list. Top ten finalists will be named in May 2018. The Aspen Institute will then conduct site visits to each of the finalists and collect additional quantitative data. A distinguished Prize Jury will select a grand prize winner, finalist(s) with distinction, and rising star(s) in spring 2019.

The 14-year-old was arrested on Oct. 6 and faces the following charges: aggravated battery with a firearm, and aggravated discharge of a firearm.

On Sept 24 at 6:45 p.m., City of Rockford police officers heard a series of shots fired in the area of 11th Street and Railroad Avenue in Rockford. Minutes later, police received additional calls regarding shots being fired at Keye-Mallquist Park.

A 29-year-old victim was located in the area of Parmele Street and 16th Avenue, which is approximately one block away from the park. The victim was transported to a nearby hospital and was treated for a single gunshot wound.

An arrest warrant was issued for the 14-year-old juvenile in connection with the shooting incident.

“The victim involved was not the intended target. Our investigation revealed that an argument took place at Keye-Mallquist Park, resulting in a teenager firing several shots from a handgun. The bullet apparently missed its intended target, and struck the victim at her residence,” said Rockford Park District Chief Theo Glover. “We take the safety and security of our citizens very seriously, but unfortunately, we are seeing more and more juveniles involved in violent crimes.”