Before 2016 or so, the chance that Dr. Sheila Quirk-Bailey’s path might cross with Dr. Jamel Santa Cruz-Wright’s was pretty slim. Indeed, both women were blazing trails of their own, but when those trails finally converged, the two began making historic changes in higher education together.

But not without changing histories on their own. In 2016, Bailey was chosen from a pool of applicants to serve as the president of Illinois Central College. The vetting process was a tough one for the presidential search committee, but on April 21 of that year, they voted unanimously in favor of Bailey and she became the first female president of ICC.

Less than three months later, Wright was named interim president of Eureka College but then that appointment that ended on June 30, 2017 when the board announced that she would become the college’s 27th president.

Wright not only became the private college’s first female president, she was its first African-American president.

“Part of my role, overall, came from a series of white papers a year prior to my coming,” Wright said. “We often talk about, at Eureka, the basis of those white papers, that we provide learning, service and leadership.” 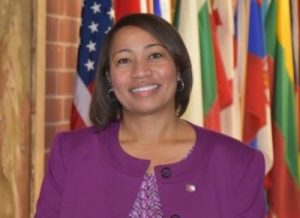 The white papers became a map Wright followed that lead to the upending of the college’s general education curriculum. Wright, faculty and staff coordinated heavily to create 75 new courses, constructed around 10 essential skills.

Essentially, the new courses integrate those skills, creating an interdisciplinary experience. For example, Wright said biology professor Cecilia Hennessy offers a science class that focuses on race and class, and the socio-economics of sustainable practices.

“The goal is to gain a mastery in those foundational skills so that they can transfer those skills,” Wright said. “We know if you graduate with a degree in accounting, we know you know how to balance a spreadsheet. What companies have not been able to do, or have the resources to do, is to teach those foundational skills. Let’s sit you down and make sure you have a grasp of communication as more broadly defined.”

The key to overall success, Wright said, was partnering with Bailey to align the new curriculum with the needs of ICC students and the needs of the Peoria area.

“Dr. Quirk-Bailey really is a fantastic partner. We started as presidents about the same time, and we have a dynamic synergy,” Wright said. “She has made ICC one of the more premier colleges in the nation and blazed a whole new trail here.” 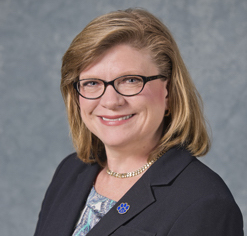 Upon assuming her presidency, Bailey placed, and kept, her finger on the pulse of Peoria, what was happening in the workforce and community.

Bailey then shifted the focus on providing “ladder” opportunities to students, ways for people to gain the additional credentials and education to earn living wages.

“’How I was going to make more students more successful?’ This is a big area of focus and it’s a big community need. That was something that hadn’t been the focus,” Bailey said. “When someone gets that credential that pays a living wage, it positively impacts their family; it grows the work force and it increases our regional economic viability.”

Examples of ladder opportunities include moving up from certified nursing assistant to licensed practical nurse, becoming a paramedic rather than remaining an EMT and gaining certifications in labor trades to move into supervisory positions.

On Aug. 8, the presidents met and signed into a special partnership to offer ICC students with an associate degree to gain their baccalaureate degrees at Eureka College in one of 30 academic or professional programs. This was the first agreement in the history of Eureka College to accept transfer of applied science credits.

The college now accepts associate degrees in law enforcement, drug and alcohol counselor training, accounting and numerous others. Through the Uniquely Eureka Promise, it’s possible for students to attend tuition-free.

“Working with Dr. Wright has been fantastic and we are absolutely thrilled to offer this opportunity with Eureka College,” Bailey said. “Representing the first as a female in any role is important because you want to be a role model and you want to have young women understand they can choose the life they want to lead and they can set their goals high.”