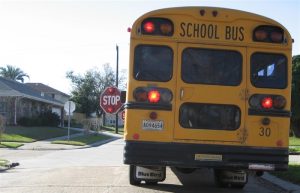 In the west central region, which stretches from Sangamon to Pike to Mercer to Woodford counties, 88 percent of responding districts reported a teacher shortage. That percentage is the highest among the survey’s seven regions.

SPRINGFIELD — A shortage of full-time and substitute teachers reported throughout Illinois is worse in the west central region than anywhere else in the state, according to a new survey.

A majority of the 591 school districts who responded to the 2020 Illinois Educator Shortage Study, released March 1 by the Illinois Association of Regional Superintendents of Schools, said they had a problem finding teachers, and most believe their situation is getting worse.

More than half of the state’s school districts — especially those in rural areas — said the location of their schools negatively impacted their ability to recruit new teachers. Location was by far the most common reason cited in the survey for recruiting challenges.

Many superintendents attributed reluctance among prospective teachers from more metropolitan regions to move to the rural parts of the state for work as a contributing factor.

“I think the issue is just the rural setting. It’s just a different quality of life for different people. For some it’s fantastic; other people would rather live in different areas,” John Meixner, regional superintendent of the 26th Regional Office of Education, said in an interview Friday. “The (candidate) pool has been shrinking and shrinking to single-digit candidates to, in some positions, literally zero people applying for jobs.”

Illinois uses the IARSS and the organization’s 54 regional superintendents, like Meixner, to act as intermediaries between the Illinois State Board of Education and the 853 school districts that make up the state’s public school system outside Chicago.

In the IARSS survey, only 6 percent of responding school districts in the west central region said they believe the problem is getting better, with 69 percent saying the teacher shortage was getting worse in some way.

In the 95 school districts in the west central region that responded to the survey, 50 classes or programs had to be canceled because a teacher could not be found to fill the position, and 46 had to be moved to online instruction only for the same reason.

School districts in west central Illinois also reported a significant struggle to maintain a pool of substitute teachers to manage classes during an instructor’s sick or off days.

“This year obviously was more of an issue than ever before because of the pandemic and COVID and how we had to alter our entire learning and teaching method,” Meixner said. “You’re required as a school district to make sure you have a licensed or certified individual in front of the kids.

“You can only imagine all the chaos it can bring when you have four, five teachers gone for whatever reason and you only have one or two subs. I mean, administratively how you juggle that, that’s very, very, very difficult.”

About half of responding districts in the area said the substitute shortage is significantly worse than it was five years ago; slightly less than the percentage of all rural school districts that think so.

Over 99 percent of responding school districts in the region expect to have a problem with substitute shortages in 2022 and 2023.

The IARSS survey included policy recommendations for the General Assembly and state agencies to pursue to improve the dire situation facing schools.

Hybrid and remote learning can grant students more access even when a local teacher is not available, something Meixner said districts he supervises have pursued for some science and foreign language courses.

The IARSS also suggested a credit recovery system for students who missed out on integral core classes required for graduation as a result of the pandemic and teacher shortages.

For the ongoing shortage of teachers and recruitment difficulties, state agencies should develop improved and more targeted pipeline programs to shepherd and incentivize potential educators in the university system to transition to jobs at Illinois schools with the most need, according to the report.

Meixner called it “a kind of grow-your-own program that some districts are trying to start up or adopt.”

“They may try to target kids in high school that they know would be probably really fantastic teachers,” he said.

Meixner said the problems facing education – such as the quality of life for teachers, the lack of funding for education, and the dwindling supply of educators for rural schools – are not just a state issue, but a national crisis.