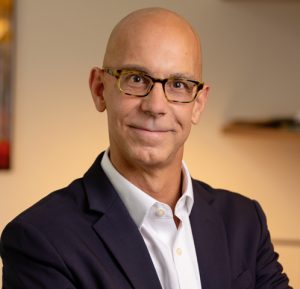 The Dec. 10 tornado outbreak that devastated parts of the mid-Mississippi Valley has left many wondering if winter tornadoes are a new weather threat to consider in the United States. University of Illinois Urbana-Champaign atmospheric sciences professor and department head (Robert) Jeff Trapp spoke with Illinois News Bureau physical sciences editor Lois Yoksoulian about this and other details about the timing and geography of tornadoes that we might expect in the future.

It seems like there are more tornadoes, especially catastrophic ones, occurring in what we traditionally think of as the off-season months winter months like December. Is this factual?

Following (the Dec. 10) outbreak, I reanalyzed the tornado data from the past 40 years and found that the only months in the U.S. that have experienced a robust positive trend in tornado activity are December and January. So yes, this is indeed factual.

Most recognize the states of Kansas, Oklahoma and Texas as the main areas affected by tornadoes, especially during the late spring and early summer. Is tornado activity becoming more frequent in other regions?

We have, in fact, observed a shift in the geographical and seasonal occurrence over the past 40 years. We’re seeing relatively fewer tornadoes occurring in Texas and Oklahoma in spring and early summer and relatively more tornadoes occurring in autumn and winter in the Mississippi and Ohio river valleys, extending into Southeast U.S., especially Mississippi and Alabama. To be clear, tornadoes — even devastating tornadoes — still occur frequently in the Great Plains, but this is no longer the epicenter of U.S. tornado activity.

Why are we seeing relatively fewer severe storms and tornadoes in Great Plains during the spring months? And what type of weather is taking the place of these formerly wet and stormy months?

Meteorologically, we’ve seen an increase in the tendency for stagnant or blocking-type weather patterns over the U.S. Great Plains in late spring. These patterns are conducive to drought and heatwaves, not tornadoes. 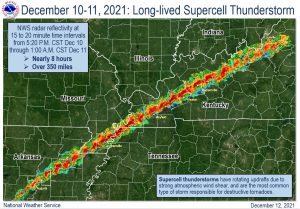 There is a history of catastrophic tornadoes in the mid-Mississippi Valley – such as the Tri-State outbreak in 1925, the outbreak in 1890 that affected a similar area, and an outbreak even further east in 1974. What is different about the Dec. 10 outbreak?

A tornado outbreak in December is rare but not unprecedented. However, many of the infamous tornado outbreaks have occurred in March-April-May, which in the modern era represent months of high tornado preparedness and awareness. In December-January-February, on the other hand, the public tends not to be as alert to the possibility of tornadoes, therefore making it more challenging for forecasters and emergency managers to successfully communicate relevant weather-warning information and encourage the appropriate evasive action. These cool-season tornadoes are also potentially more impactful because they have a higher tendency to be very fast-moving storms that occur after sunset, while people are at home sleeping — unaware of the impending danger and need to act quickly — as was the case with many of the Dec. 10 tornadoes.

Should we expect winter tornadoes to be a continuing trend?

The observed trend as well as climate-model projections — including ones that we’ve developed — suggest a continued increase in the frequency of severe thunderstorms in the “cool season.” Our current research also suggests that climate change could disproportionately intensify cool-season tornadoes relative to warm-season tornadoes.

Are there parts of the country not historically associated with tornado activity that might experience an increased probability of these types of storms?

The severe thunderstorm and tornado activity in the U.S. is strongly linked to its physical geography, specifically, the Gulf of Mexico, the Rocky Mountains and the desert Southwest.  It’s unlikely that regions well displaced from the meteorological effect of these features will suddenly experience an increased probability of catastrophic tornadoes, even with climate change.