Democratic gubernatorial candidates (from left) J.B. Pritzker, Tio Hardiman, Bob Daiber, Daniel Biss and Robert Marshall prepare for the start of a candidates’ forum last week in Springfield. Candidate Chris Kennedy did not attend due to not being able to travel because of a back injury. (Blueroomstream.com)

Democratic candidates for governor in Illinois have various plans to reduce gun violence in the state.

During a candidates’ forum in Springfield last week, five of the six Democratic gubernatorial candidates outlined steps they would take to make neighborhoods across the state safer. Chris Kennedy did not participate, having sustained a back injury and restricted from traveling by his doctor.

Candidates Daniel Biss, Bob Daiber, Tio Hardiman, Robert Marshall and J.B. Pritzker were given one minute to answer what should be done to improve safety in Illinois in the wake of the mass school shooting in Parkland, Fla. 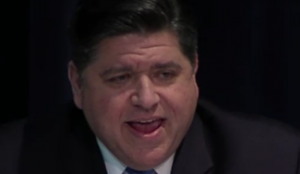 Pritzker: I can’t imagine the grief the parents of the 17 students who were killed are going through. I drop my own children — teenagers — off at school and the idea that I might never see them again I cannot imagine or fathom. I believe that here in the state of Illinois we have to ban assault weapons. We need to make sure we ban bump stocks and high-capacity magazines. Those are things that will help with these mass shooting incidents, but we have a challenge in Illinois that’s beyond that and that’s that Bruce Rauner over the last three years hasn’t funded our state budget. He’s been unwilling to stand up and fund the human services that people rely upon and that without people become desperate. With the illegal guns that are on the street and desperation that’s overtaken so many people, it’s a bad mix and that’s why we’ve seen so much gun violence increasing across the state of Illinois. We need to pass a gun shop licensing bill for sure, but we also need to ban those other items. 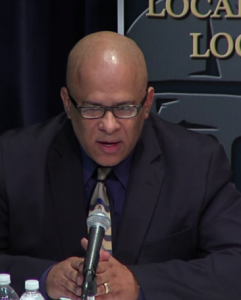 Hardiman: I am also known as Mr. Ceasefire. I have a lot of experience in the area of reducing gun violence. As your governor what I plan to do as part of my 2020 plan is to hire veterans to work in the schools to make sure we detect and prevent incidents from happening. I have a proven track record of reducing gun violence in Chicago anywhere from 30-80 percent in some communities. We also plan to work closely with the ATF and the State Police to intercept the illegal gun trafficking. We support the Second Amendment. I support concealed carry but I do not support the stockpile of semiautomatic weapons. The reason I support conceal carry is there is no data in Illinois that dictates the fact that legal gun owners are part of the gun violence problem. So we must support the Second Amendment in that regard, but at the same time I am against anything when it comes to semiautomatic weapons. We have to change the culture of violence in Illinois and address the issue as a public health epidemic.

Daiber: As a superintendent that deals with 13 large districts in the 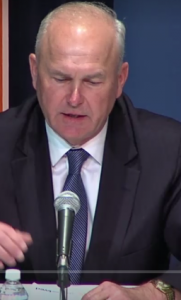 state, I want to tell you first and foremost that is a concern of mine every morning when I get up. It’s a dreadful fact if you ever have to experience it because of the devastation. So what I’ve done for 10 years is work with my districts through crisis management procedures. One of the most important things every school could do to prevent this is to put polyethylene film on all the entrances of all their vestibules you come into a school so the windows can’t be shot out. The second thing we’ve done is we’ve made entrances to all school be buzzer-access. There is not open access to campuses, but first and foremost those procedures that led to the number of students that were shot in Florida is an evacuation procedure. I had a meeting this past week with local fire marshals about when a fire alarm is pulled maybe we don’t exit immediately but we stop, look and listen to make sure we are not victims as we enter those hallways.

Biss: The news out of Florida was behind horrifying and our hearts are 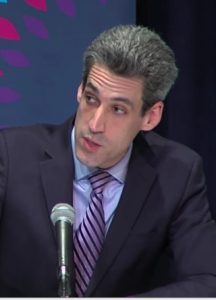 all sick and the truth is there are shootings in the state of Illinois every single day, each one of which should make our hearts sick. We can do three things here in Illinois. No. 1: We need a sustainable budget that funds social services like mental health, anti-violence programs and substance abuse treatment on a sustainable basis. Bruce Rauner destroyed that; I’m going to fix that. No. 2: We need to invest in job creation in neighborhoods across the state that have been victimized by disinvestment and have seen economic opportunity leave.  And No. 3: We need sane, commonsense gun legislation like licensing gun dealers, and banning high-capacity magazines and bump stocks. We need to bring people together and stop the gridlock on this issue but that won’t be enough either because we need to look at our neighboring states. We need a governor who is going to be a leader on national policy and working with neighboring states.

Marshall: In general, I’m against changes in gun laws. It’s equivalent to 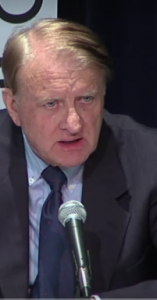 trying to sweep the tide back with a broom. I think we should spend more time and energy on identifying the people who are the killers, the mass killers. In many cases, if you examine the cases, there were high suspicions about the person, the mass killer (before the shooting took place): mental illness, trouble at school, expulsions. Let’s spend more time identifying the possible shooter instead of infringing upon our rights to own a weapon.