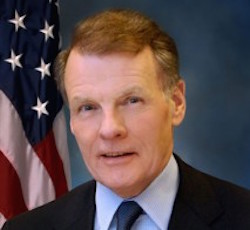 Before Michael Madigan could become the State of Illinois’ most powerful political taskmaster, he had to become its greatest political benefactor.

For the man who would control the political and legislative agendas in Springfield, money was the first priority, that from which all else flowed. Madigan maintains total control because so many representatives and senators are beholden to him for his highly effective campaign organization.

And it’s been highly effective, giving Madigan not just control of the agenda, but a veto proof majority in both houses of the state legislature.

Over the past two years, Republicans seem to have finally caught on, at least regarding the importance of money. Whether they can organize as well as Madigan remains to be seen.

The Illinois Campaign for Political Reform (ICPR), which daily tracks the money contributed to and spent by political campaigns and committees, announced last week that Illinois two main political parties had nearly $80 million in cash on hand.

“This is in addition to the $17 Million already spent in the first month and a half of 2016,” a press released stated.

In the fourth quarter of 2015 alone, 14 labor unions gave one of the four campaign funds Madigan controls, the 13th Ward Organization, transfers in totaling $557,800.

But while Democrats engage in muscular retail fundraising, the GOP now deals in wholesale, raising the stakes to an unheard of level.

Rauner alone donated $23.5 million between Oct. 3-Dec. 31, 2014. Just three wealthy Illinois Republicans — Rauner, Ken Griffin and Richard Uhlein — have accounted for more than $68 million over the years, the majority of it over the past several years.

Ever since the Citizens United case in 2012, the gates have been wide open for massive flows of campaign cash.

A Political Party Committee like the Democratic Party may accept a maximum of $10,800 from any one individual, $21,600 from a corporation, labor organization or association, and $53,900 from a Political Action Committee.

Where the real cash comes in is what’s called “transfer outs” (or ins) from flush political funds. In years past, Friends of Michael Madigan has transferred millions of dollars to The Democratic Majority and Democratic Party, which in turn direct smaller amounts in highly focused expenditures in targeted races.

New to state legislative races in 2016 is the spending of “Independent Expenditure Committees.”

While IECs are prohibited from contributing any money directly to a Candidate Political Committee (CPC), they can spend unlimited amounts either supporting or opposing specific candidates, and can receive unlimited funding from donors. So far this year Independent Expenditure Committees have spent just $672,060, but that has been on just three candidates.

Those expenditures can be tracked through what are called B-1 statements required to be filed with the State Board of Elections within five business days of each expenditure.

Between the existence of Rauner’s massive self-funded campaign funds and the ability of the GOP to spend millions more on outside expenditures on behalf of or against selected candidate, the equation has changes.

The ICPR’s Illinois Sunshine website (https://www.illinoissunshine.org) notes that Illinois Democrats hold a $34 million to $28 million advantage in February when all traditional campaign funds are added up.

That’s with the primary election still three weeks away and the general election battle yet engaged.