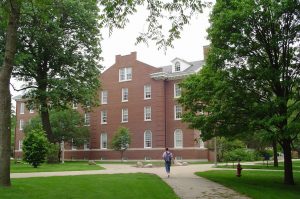 Illinois’ public universities may be at the end of their ability to simply raise tuition to cover costs.

WIU budget director Matt Bierman said universities across the state realize they have a pricing problem.

“We’ve reached a level of an ‘affordable education’ when competitors outside the state are able to do it at a different price point,” Bierman said.

State Sen. Bill Cunningham (D-Chicago) said universities in Illinois have been slow to realize what the market is demanding.

Cunningham said Illinois universities allowed their administrations to bloat, and that growth consumed any new dollars coming into the schools.

“There are far more public relations employees at universities, or people involved in similar administrative positions,” Cunningham said. “As a result, any increase in revenue that’s brought in from higher tuition doesn’t make it to the classroom.”

Bierman said market forces in higher education are going to force changes to how schools in Illinois, and across the country for that matter, operate.