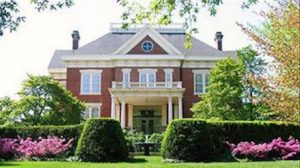 The Illinois Governor’s Mansion in Springfield (Photo courtesy of Illinois.gov)

Illinois Gov. Bruce Rauner may be a billionaire who’s recently donated $50 million to his own campaign, but to some Illinois Democrats he appears vulnerable.

Several high-profile Democrats, a Chicago alderman and a regional school superintendent have announced they are considering challenging Rauner in the 2018 race for Illinois Governor. Most recent were two Chicago heavy hitters, a billionaire and “the Chicago Kennedy.”

On Feb. 8, billionaire Jay Robert “J.B.” Pritzker, 52, of Chicago, announced on Feb. 8 that he was “seriously considering” a campaign. 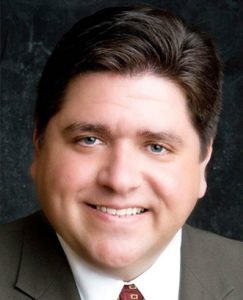 Pritzker is a member of the wealthy Chicago family best known as co-owners of the Hyatt hotel brand. J.B. is sibling of Obama administration Commerce Secretary Penny Pritzker. Forbes estimated J.B. Pritzker’s net worth as $3.4 billion in 2016.

“I’ve listened to people throughout Illinois, and it’s clear that our government isn’t working effectively for them,” Pritzker said in a statement. “Gov. Rauner has failed to address the real needs and concerns facing our state.”

Pritzker first got involved in politics in 1998 when he ran unsuccessfully for Congress in Illinois’ 9th District, losing to Rep. Jan Schakowsky in the Democratic primary. Since then, he has been a mega-donor for the Democratic party, and was one of Hillary Clinton’s biggest fundraisers.

Rauner, a fellow billionaire, pumped $50 million of his own money into his re-election campaign in December, and paid for pre-emptive robo-calls to Illinois voters linking Pritzker to imprisoned former Illinois Gov. Rod Blagojevich.

Also Feb. 8, Chicago’s Christopher Kennedy, 53, son of the late Sen. and U.S. Attorney General Robert Kennedy and his wife Ethel, announced he was beginning a campaign for governor.

Speculation that he had Illinois political ambitions began after Kennedy took aim at Rauner at the Democratic National Convention in Philadelphia. 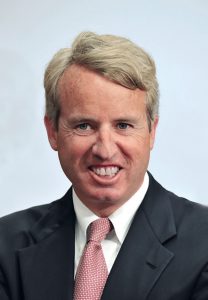 “This governor’s so-called turnaround agenda is part of the misdirection, part of the narrative that government doesn’t work so he has to privatize it,” Kennedy said. “Chaos, uncertainty and the unknown are the enemies of our economy, and they’ve been brought to our doorstep by our governor and his political allies. The suffering and chaos he’s unleashed on the people of Illinoisan needs to end.”

Kennedy got a tentative endorsement from State House Leader Michael Madigan, which led to a Republican backlash after his announcement.

“Mike Madigan endorsing a run for governor by Chris Kennedy tells you everything you need to know about Chris Kennedy,” Illinois Republican Party spokesman Steven Yaffe said in a statement. “Chris Kennedy secretly kissed Mike Madigan’s ring months ago because he knows Madigan is the real boss.”

Kennedy formerly managed a real estate company, which owned Chicago’s Merchandise Mart. Kennedy is now president of an investment firm, Joseph P Kennedy Enterprises. He is a former trustee of the University of Illinois and founder, with his wife of Top Box Foods, which provides fresh fruits and vegetables and healthy meat to urban “food deserts.”

Chicago Northwest side Ald. Ameya Pawar, 36, of the 47th Ward announced his challenge to Bruce Rauner on with a tweet on Jan. 3.

“With the blessing of my wife and best friend, I’m in. I’m running for governor,” he tweeted. Pawar, serving his second aldermanic term, said he was running to represent the progressive wing of the Democratic party. 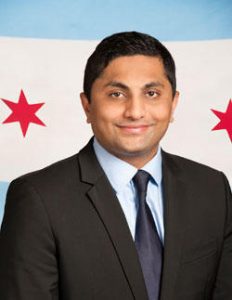 He said the “divisive nature” of the national election was mirrored by the divisive politics in Illinois which prevent the state legislators from agreeing on a budget.

“We’re pitting Chicago against downstate and Central Illinois against other parts of the state, and that has a corrosive impact,” he said in a video interview in January.

Pawar, the son of Indian immigrants, is the only Asian American serving in Chicago’s City Council.

GOP spokesman Yaffe called Pawar, “the very definition of an out-of-touch, tax-hiking politician, just like Mike Madigan,” in a statement.

Pawar acknowledged that he had no access to the big mega-donors and personal wealth that other potential candidates could command. His campaign fund has around $64,000, mostly from individual donors.

Madison County Superintendent of Schools Democrat Bob Daiber, 60, of Edwardsville, has also announced he will enter the race. Daiber referred to himself a “down-to-earth person” who wants to focus on collaboration, in recent press interviews. A former school teacher, small businessman and farm owner, he formerly served on the Marine Township board. 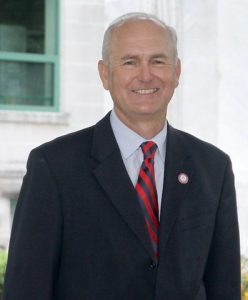 “Our financial condition is a growing issue and it will take compromise to solve the crisis,” Daiber said in a press release Feb. 13. “Rauner has failed in his constitutional duty as governor to propose a budget again this year. This is unacceptable. People are suffering, Illinois is suffering and Rauner is getting richer. Rauner has tripled his income while governor and the rest of the state is broke.”

Daiber has opposed right-to-work legislation, which weakens unions, he said. “Give30” an at-risk youth mentoring program he started in Madison County is a good template for a statewide program that could reduce crime, he said in a statement.