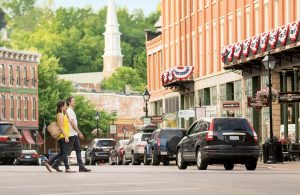 Visitors spent $39.5 billion in Illinois in 2017, according to the U.S. Travel Association. That’s an increase of $1.1 billion or 3 percent from 2016. (Photo courtesy of Illinois Office of Tourism)

Visitors to Illinois hit an all-time high in 2017, with nearly 114 million people traveling to the state last year and giving a $1.1 billion boost to the state’s economy.
Last year’s visitor totals were 1.4 percent higher than 2016, which also was a record year. Travelers came from all over the world for business (17 percent) and pleasure (83 percent).

In the past 10 years, travelers visiting Illinois increased by more than 22 million, and tourism has become one of the state’s most important industries.

Visitor outlays for goods and services generated $2.95 billion in state and local tax revenue, up $75 million from 2016. Tourist spending saves the average Illinois household over $1,300 in taxes each year.
“Tourism is a critical part of our economy,” Gov. Bruce Rauner said. “There is so much to see and do in our state. It is gratifying to know that so many people come here each year to experience what we have to offer. My hat is off to DCEO and the Department of Tourism for getting the word out with the “Up for Amazing” campaign. It is paying off smartly for our businesses and our tax rolls.” 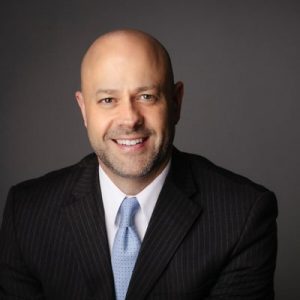 “The spring/summer campaign was extremely successful with every dollar invested delivering nearly $9 in economic impact for our state,” said Jobe.
Additional marketing campaigns focused on fall travel, promoting the Illinois Made program and attracting more LGBTQ travelers to the state.

“By promoting authentic experiences across the state, we drive visitors deeper into Illinois, increasing visitor spending and generating more tax revenue for our communities,” added Jobe.

New attractions help boost interest in traveling to Illinois. Officials expect the recently opened Frank Lloyd Wright Trail to attract crowds and this summer the Illinois Governor’s Mansion will re-open with a new focus on Illinois and history. The new venues will enhance the state’s tourism portfolio.

Illinois Made, launched in 2016, spotlights the people, products and experiences unique to Illinois, inspiring travelers to explore off the beaten path destinations around the state. To learn more about Illinois Made and view video content and featured makers, visit EnjoyIllinois.com/IllinoisMade.

Illinois Tourism’s LGBTQ “Amazing for All” digital campaign features the places and people that make Illinois amazing. To learn more about ‘Amazing for All’ visit EnjoyIllinois.com/AmazingforAll.