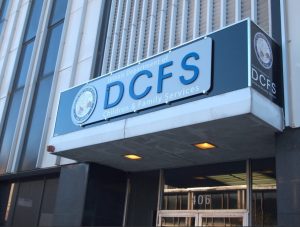 Gov. Bruce Rauner has signed new legislation intended to improve the lives of the youth overseen by the state’s Department of Children and Family Services, which currently cares for more than 16,000 youth. (Photo by Andrew Morys/Chronicle Media)

Gov. Bruce Rauner has signed new legislation intended to improve the lives of the youth overseen by the state’s Department of Children and Family Services, which currently cares for more than 16,000 youth.

The law further regulates private adoption agencies but also expands the rights of foster parents, provides the opportunity for children in the department’s system to participate in extracurricular activities at school and in their communities and attempts to give them a normal sense of self.

The governor also issued an executive order that changes all legal references of youth as wards of the department to “youth in care,” after meeting with children in the department’s care said they felt alienated by the labels given to them. “Names matter … Words matter,” Rauner said while visiting the Futures for Kids Day at the Illinois State Fair.

Jeremy Harvey, a strategic planner at DCFS and a former foster child, said the new terminology is a step toward a more responsive and empowering government.

“If we thought of these people, instead of this intangible, like somebody else, but rather (as) children and youth, does that somehow communicate something about our value system?” Harvey said. “We want to think of you as an individual, as an actual person.”

The bottom line, Harvey said, is youth want to be thought of as a kid, rather than a “ward.”

Rauner also approved a bill making it easier for youth in foster care to attend extracurricular activities, including sleepovers at friends’ houses with simple permission from their foster parents, not needing departmental clearance that’s currently required.

Under the new laws, foster parents will be given greater latitude to make age-appropriate decisions for children in their care, while the state’s definition of fictive kin, or created family, will be extended to foster parents with whom a child has lived with for at least a year and has clearly established a family-like relationship.

“We train them and provide them the knowledge for them to really be able to care for our kids,” Harvey said. “You’re the caregiver, you should be able to say ‘Yes’ and sign the consent, if we wanted to go on a family trip to Florida.”

The governor also signed a half-dozen other bills pertaining to adoptions and child welfare, as well as a bill that establishes a human trafficking task force, which will provide added support and resources for trafficking victims, who often face language barriers, emotional challenges and economic hardships.