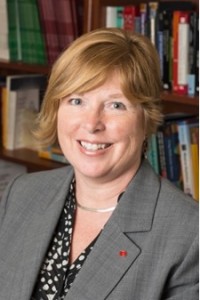 The P-20 Council is charged with promoting a more cohesive educational system, with students better prepared for academic advancement and graduates better trained for employment in an increasingly demanding marketplace.

Among the P-20 Council’s goal: Ensuring 60 percent of Illinois adults achieve a high quality degree or credential by 2025, according to an SIUE statement.

“In Illinois, only 43 percent of people (now) have an associate’s degree or higher,” Holt said. “As reported by the Georgetown Center for Education, the workforce will need approximately 70 percent of all adults to have some postsecondary training by 2020. The economy requires more of a skilled workforce because of the technological and specialized nature of jobs today.”

Education Secretary Purvis chairs the 30-member P-20 Council, which was established by the Illinois Legislature in 2009 to coalesce state agencies, educational institutions, community groups and other stakeholders in a coordinated effort to improve educational outcomes from birth to adulthood. The “P” stands for preschool and the “20” stands for grade 20, level of education generally required for attainment of master’s degree.

As coordinators for the council, Holt and her IERC will now play a more active role in shaping the efforts of those various stakeholders into a cohesive initiative, according to an SIUE statement.

The IERC is already the research arm of the P-20 Council. Holt and previous IERC directors have served as ex-officio members of the P-20, since its inception in 2009. Southern Illinois University System President Randy Dunn is a P-20 member.

“As the Council coordinator, we will do research for each of our meetings,” Holt said. “We will conduct background research on speakers, issues and topics, as well as provide research support for the many subcommittees.”

“For instance, there is one committee looking at how to get qualified teachers and teacher leaders in schools and the IERC has done extensive research in this area that has supported the work of this committee,” Holt said

The IERC is an independent research organization on the SIUE campus that conducts education policy research on issues of importance to the state of Illinois. In addition to making frequent presentations to the P-20 and its subcommittees, the IERC publishes reports and often presents lectures at education-related conference.

The Illinois P-20 Council is part of a national movement spawned by the 2000 publication of Crossing the Great Divide, by internationally recognized education expert, Anthony P. Carnevale, the director of the Georgetown University Center on Education and the Workforce and chair of President Bill Clinton’s National Commission on Employment Policy.

“Jobs today require more education,” Carnevale wrote. “In 1959, 20% of workers needed some college; in 2000, 56% do,” noted in a widely cited passage from the book. In a technological age, a student’s ability to continue pursuing education after high school is increasingly important, Carnevale emphasized.

In response, states and communities across the county began launching initiatives to create a “seamless system of education” in which all levels of education — preschool through college — educate as one system instead of several, notes the Denver-based Education Commission of the States (ECS), an education policy tracking organization funded by state governments. Such efforts are known variously as K-16 (integrating education from kindergarten through the four-year college degree-level) P-16 (preschool (as early as 3 years old) through a four-year college degree) or P-20 (preschool through graduate school education) systems.

In his State of the State address this year, Illinois Gov. Bruce Rauner called for increased funding for early-childhood and K-12 education, and investment in technical and vocational training, as well as steps to support charter schools, reduce educational bureaucracy, guard against overly burdensome student testing requirements.

Holt said the first order of business for the IERC will be to research other P-20 models around the country. “We will look at what others are doing and, what if anything, to adopt. We will also be looking at the inequities of school funding in Illinois,” she said.