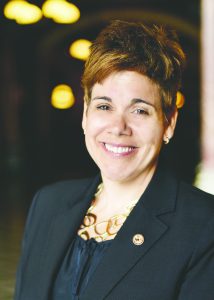 SPRINGFIELD — Illinois’ five-hour classroom time mandate would be reinstated, but school districts would still be able to maintain and expand e-learning and internship programs under an amendment approved Tuesday in the Illinois Senate Education Committee.

The amendment was passed unanimously to Senate Bill 28, whose lead sponsor is Democrat Jennifer Bertino-Tarrant of Shorewood.

State Sen. Andy Manar, a Bunker Hill Democrat, said the amendment was a result of negotiations between organizations representing teachers and school management.

Manar said a trailer bill passed after 2017’s education funding reform repealed a five-hour mandate for direct teacher-to-pupil hours without much discussion. Senate Bill 28 would reverse that repeal, while allowing school boards to maintain local control over e-learning and other classroom-alternative programs.

“This amendment would represent an in-between place,” Manar said.

State Sen. Chuck Weaver, a Peoria Republican, said the bill “landed on a good place in the middle” between parties and sides of the negotiation, and many in his district were pleased with results.

“As we’re looking at the best thing for kids, I think what this bill did and what the amendment did is it carved out some places where there’s flexibility,” Weaver said.

Several districts are part of e-learning pilot programs which allow for specific internet courses and the use of e-learning days to count as a school day when school buildings are closed due to inclement weather.

While the amendment would end this pilot program, it would allow all districts to take advantage of the flexibility of it by giving locally-elected school boards the authority to implement e-learning days.

Local regional offices of education, which are grouped by county or counties throughout the state, would ensure all student needs are met in the program.

These offices would also be tasked with ensuring that the e-learning plan contains measures to provide non-electronic materials to students who don’t have access to required technology. 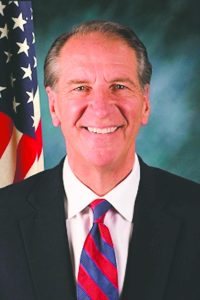 While Weaver said he was proud to take part in the negotiations, in the future, he would like to see further discussions between teachers unions and school districts.

“I think that’s something where everyone is a winner as long as we can negotiate it out,” Weaver said.

The bill will still require a full vote in the Senate before it moves to the House, but because the amendment still allows e-learning days, local school boards that have already utilized them this year would not be drastically affected by the bill.

Dave Mouser, superintendent at Tri-Valley CUSD 3 in Downs, said he was happy with the negotiated bill, as his district has already utilized several e-learning days during this year’s extreme cold.

“It looks great from my perspective,” he said. “I think the clarifications were necessary, and I think it opens the door for schools to personalize opportunities for kids.”