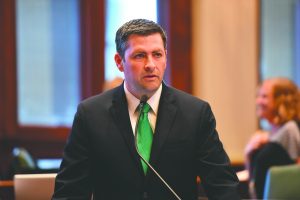 SPRINGFIELD — Is a line in Illinois’ Constitution instructing the General Assembly to pass a balanced budget a requirement, or a suggestion?

That question was recently posed to the Supreme Court, weaved into a case that challenged the constitutionality of taxpayer-funded abortions through Medicaid. Although the state’s highest court declined to hear the case, the leading expert on Illinois’ governing document said the language is indeed a mandate.

The Thomas More Society, a conservative law firm based in Chicago, filed a lawsuit against legislation known as House Bill 40, which was signed by former Republican Gov. Bruce Rauner and allows tax dollars to be spent on abortion procedures through Illinois’ Medicaid and state employee health insurance programs.

Part of senior counsel Peter Breen’s argument was that the Legislature did not estimate the law’s cost to taxpayers or set aside money to cover that cost. He said that is a violation of the Constitution, which says the General Assembly cannot allocate more money to be spent than it estimates Illinois will have in revenue each fiscal year.

“We’re not asking the courts to say that the Legislature put in a revenue estimate that was too high or too low. We said they did not do their job at all,” Breen said. “The people of Illinois need the protection of that balanced budget requirement.” 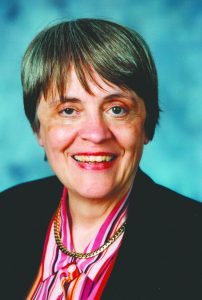 Ann Lousin, a professor at John Marshall Law School in Chicago, helped draft Illinois’ governing document at the Constitutional Convention five decades ago. She said although the Constitution indeed charges the Legislature to pass a balanced budget, compelling enforcement is complicated.

“I can be argued out of it if someone presents me with a good argument, but I have always taken the position that you cannot require by judicial order the General Assembly to make an estimate of revenues available,” Lousin said.

That is because if a court hypothetically ordered the legislative branch to enact a balanced budget, lawmakers would need to simply estimate Illinois’ revenue to be higher than the amount of money they intend to spend for a fiscal year, even by just $1.For example, the Commission on Government Forecasting and Accountability could estimate the proceeds from the sale of a government-owned building could balance the budget. Rauner used the alleged imminent sale of the James R. Thompson Center in Chicago for $300 million to balance his budget. The state still has not sold the building.

The Supreme Court rejected Breen’s petition to consider the case. Three of the seven justices, though, issued a rare dissenting opinion arguing the high court should have heard arguments.

They dismissed the logic of the lower court, which said the judicial branch cannot get involved in this matter because of its political implications. It stems from a legal concept called the political question doctrine, which asks whether a court’s decision will intrude on another branch of government.

Justice Robert Thomas wrote that whether the General Assembly complies with the balanced budget requirement of the Constitution “is undoubtedly of sufficient importance to the people of the state of Illinois as to compel this court’s review. I would therefore grant the petition.”

Justices Thomas Kilbride and Anne Burke joined in the dissent. The three are an “interesting combination,” Lousin said, because they are two Democrats and one Republican from judicial districts in Chicago, the suburbs and downstate.

Breen said that shows “this is not a partisan issue and it’s not an ideological issue.”

“In a state like ours, the issue of whether the budget must be balanced is of grave importance to the people and I desperately hope the Supreme Court will take up the issue of whether the people of Illinois meant what they said in the Constitution — that the budget has to be balanced,” he said. “Maybe the next case that is over something a little less controversial than abortion, maybe we could get a fourth justice to decide to hear the issue of a balanced budget.”