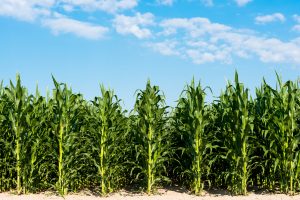 Experts estimate corn production in Ukraine could total between 22 million and 22.5 million tons in 2022, barely more than half what it produced last year.

Ukrainian farmers could still plant a majority of their crop acres in the war-torn country this spring.

But, they likely will shift away from corn and focus more on crops such as sunflowers, wheat and barley for domestic consumption, according to Viktor Korobko, commodity trader and analyst from Odesa, Ukraine.

Korobko estimates corn production in Ukraine could total between 22 million and 22.5 million tons in 2022, barely more than half what it produced last year.

“For corn, very little is affected (by the war with Russia) in terms of territorial losses,” Korobko said during a webinar hosted by CommStock Investments. “The problem is sporadic business. That’s the primary reason farmers are shifting production. They plant, but not the way it was before.

Ukraine typically exports more than 80 percent of the corn it produces, including a large amount to China, and ranks as the No. 3 corn exporter in the world.

But, with grain exports at a standstill and a large amount of stocks on hand, farmers there are attempting to plant a variety of other crops.

Ukraine’s remaining outlet to export crops is to the southwest via rail, truck and barge on the Danube River. Korobko estimates Ukraine grain exports plummeted from 7 million tons a month to 700,000 tons since the start of the war.

“So far, Russian pirates control the Ukrainian part of the Black Sea. That’s why there’s no movement of vessels,” he said. “Everybody is trying to find a Plan B with old stocks and a new crop coming.”

Ukraine is still sitting on about 9.7 million tons of old-crop corn, according to government calculations. And Korobko believes it could be closer to 15 million tons when adding in grain stuck at port terminals.

“We have a lot of stocks,” he said. “And a lot of corn is still sitting in ports.”

But corn exports likely won’t resume in earnest until after the war, according to the analyst.

As for wheat, Korobko estimates the war’s effect on planting and grain movements could cut into output by 25 percent to 35 percent in Ukraine this year.

Ukraine typically ranks as the No. 6 wheat exporter in the world.

Overall, sources in Ukraine estimate total planted crop area could drop to around 70 percent of normal this season, AgriVisor reported in its Market Watch newsletter.

“We continue to see mixed opinions on Ukraine’s spring crop planting and yield potential,” AgriVisor analysts noted. “The question now is how much of the Ukraine losses can be offset with elevated production in other regions of the world.”

Ukraine crop yield potential is in question due in large part to supply chain issues for crop inputs, particularly fertilizer. Diesel fuel supplies have shifted to war efforts, and labor is an issue this season as about 20 percent of farm workers joined the war effort.

“Some farmers are covered up to 50 or 60 percent (for fertilizer needs). Others are covered way less,” said Korobko, who reported a Ukrainian fertilizer facility was heavily damaged by Russian shelling. “There is some trade going on (and the banking system is still operational), but the prices are very high and the logistics are very difficult.”

Korobko is living a “nomadic” lifestyle amid the war, traveling between his home in Ukraine and nearby Moldova and Romania, where he moved his family.

“At 5 a.m. on Feb. 24, I woke up to a blast about 4 kilometers from my house as the Russians bombed a Ukrainian military base,” he said of the terrifying start of the invasion. “I woke my family up and we decided to immediately pack our bags. By 6 a.m., we were in the car and out of there. We didn’t want to wait for more blasts.”