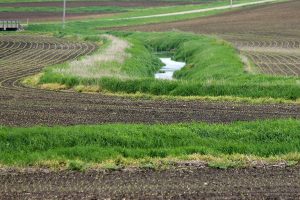 Illinois has, for decades, laid out a nutrient reduction strategy aimed at reducing the amount of nitrogen, phosphorous and other nutrients that run off into its waterways.

The nutrient loss reduction effort is outlined in the regular Illinois Nutrient Loss Reduction Strategy Implementation Biennial Report, which showed this year that Illinois is far from living up to its goals, especially when it comes to runoff from agricultural fields.

Some of the key agricultural practices to combat nutrient loss and help reach a longer-term goal of a 45 percent reduction in nitrogen and phosphorus pollution are conservation tillage, testing the soil before applying phosphorus fertilizer, using the maximum return on nitrogen rate for nitrogen fertilizer, putting grass buffers on waterways, and using cover crops.

Through cover planting in the fall, farmers can plant certain crops, like cereal rye, clover, and radishes, to protect from erosion, improve soil quality and reduce fertilizer runoff. These plants hold soil and scavenge surplus fertilizer during the early rainy months before cash crops emerge. 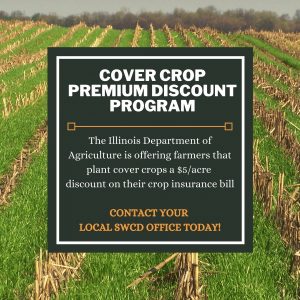 The Illinois Department of Ag offers a Cover Crop Premium Discount Program that gives farmers a $5/acre insurance premium discount on acres that are planted with a cover crop. Cover crops cost about $30 to $50 an acre to plant

Illinois farmers planted 1.4 million acres of cover crops in 2019, according to the report. This marked a 135 percent increase from 2011.

But the report also showed that number should be 21 million acres in order to meet the EPA’s nutrient loss reduction goals.

Cover crops cost about $30 to $50 an acre to plant. Some require special equipment to plant and require planning and testing to be successful.

A state program, called “Fall Cover Crops for Spring Savings,” offers a $5-per-acre discount on crop insurance, but demand for the program is far outpacing the availability even as its funding was doubled this year.

But besides the costs, it will take a major cultural shift for more farmers to adopt cover planting, said Cliff Schuette, district sales manager in southern Illinois for Stine Seed Company.

Some farmers fear that the soil alone won’t provide enough nutrients to sustain cash crops like corn and soybeans, Schuette said. It can also be daunting to embrace new strategies when it seems like the old ones are working.

In reality, he said, increased fertilizer use can facilitate soil loss. Most farmers lose anywhere from two to five tons of soil per acre each year, which is about the thickness of a dime.

According to Schuette, this change might not be noticeable at first but can have lasting impacts on soil quality over time.

Schuette works one-on-one with his customers to help them select the best cover crops.

“Basically, what I’m trying to do is mimic the prairie before we got here,” he said.

But fertilizer use is still necessary for many farmers, said Jeff Kirwan, who farms about 2,500 acres south of the Quad City area.

“I look at it as kind of a symbiotic relationship,” Kirwan said. “The cover crops provide us cover on the ground all the time. We’re sequestering nutrients. We’re holding nutrients so that when we do apply things, they don’t immediately leave the farm.” 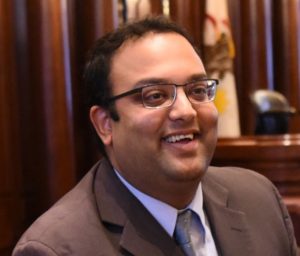 Other farmers like Kirwan are looking to maximize the effects of fertilizer application while still preventing nutrient loss and fertilizer runoff.

Josh Sullivan, a farmer from Morrisonville, said 2021 was the first year he used a banding approach to fertilizer application instead of the more common broadcast method.

Banding fertilizer is a more time-consuming method of spreading fertilizer all around the crops, so it’s actually in the soil as opposed to just on top of it. Broadcasting, the other more widespread method of distributing fertilizer, can lead to soil erosion and runoff, he said.

In addition to preventing soil loss, there can be multiple other benefits for farmers planting more cover crops. Less fertilizer use means less pollution in the environment, and it also means money saved for farmers using costly fertilizers.

Some farmers still might not see enough incentive to rethink their planting strategies.

Inclement weather—like this year’s rains, which caused many farmers to push back their harvests—can make it difficult for farmers to successfully grow cover crops, Kirwan said.

Another obstacle farmers face is the amount of planning cover planting requires. Schuette recommends planning over a year in advance based on what cash crops will be planted in the future.

That includes increasing funding from $14 million to more than $25 million for conservation efforts by 2027.

“Though this isn’t an issue that hits the front page, it is an important one and one that we should make sure we make a priority,” Sen. Ram Villivalam, a Chicago Democrat who sponsors the measure, said of the program.

Still, for many, the biggest challenge to overcome is their own mindsets.

“This has to change, and change is hard,” Schuette said. “But change is going to have to happen, otherwise, I feel that mandates will be coming down the road.”

Catie Gregg, Agricultural Program Specialist for Prairie Rivers Network, agreed that participation in voluntary incentive programs, like the cover crop program, may not be enough to meet the goals in the NLRS.

“If we continue to not see improvements, or things are getting worse, as seen in the 2021 NLRS report, we will need to look at a broader range of strategies that may include both voluntary programs and
requiring certain best management practices,” Gregg said.

Editor’s Note: Taylor Vidmar is a student in the Public Affairs Reporting program at University of Illinois Springfield. She is a reporting intern at the Capitol for Lee Enterprises