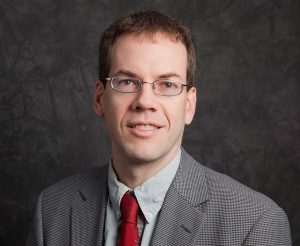 SPRINGFIELD – Amid a new surge in COVID-19 cases, voters in Illinois and across the nation are shattering records for early voting.

As of Friday, Oct. 23, according to the Illinois State Board of Elections, more than 1.8 million voters had already cast their ballots for the Nov. 3 general election. Nationally, the U.S. Elections Project at the University of Florida estimates that 50 million Americans have already voted.

In a normal election year, a large number of early votes would be seen as an indicator of high interest in the races and a predictor of overall high voter turnout.

But because of the pandemic, 2020 is turning out to be a year like no other, and one local analyst cautions observers not to read too much into the numbers – at least not yet.

“I’m willing to say I don’t know what it means yet, and we’re going to be looking closely at the final returns,” Brian Gaines, a political science professor at the University of Illinois Urbana-Champaign, said during an interview for a Capitol News Illinois podcast. “If I have to guess right now, I’d say, first of all, it was a success for – there was a deliberate effort to nudge people towards voting by mail, a little bit less to vote early, to reduce lines on Election Day.”

During the pandemic-shortened legislative session in May, Illinois lawmakers passed a bill requiring local election officials to send out mail ballot request forms to nearly every voter in Illinois. More than 2.3 million Illinois voters returned those forms, according to state election officials, and as of Friday, Oct. 23, with 11 days remaining before the election, slightly more than 1 million, or 45 percent, had returned those ballots.

The new law, which applies to only the 2020 election, also allowed voting jurisdictions to provide secure drop boxes so voters could turn in their ballots personally rather than relying on the U.S. Postal Service to deliver them.

“So, the state took an intermediate path,” Gaines said. “Some states shifted to an all-mail election, joining the handful that already did that. And more typical was just to make it a little bit easier to vote by mail. Illinois was kind of in that category. We can still vote early, by mail (or) on Election Day in person.”

One of the questions on many people’s minds, Gaines said, is whether the people who are voting by mail or in person at early voting locations are people who otherwise wouldn’t have voted at all. He said he believes that’s unlikely and that the early votes will more likely result in fewer people voting in person on Election Day.

“But before I put all my chips in that hat and say it’s definitely not going to be a surge in turnout, it’s such a weird year that I think past precedent isn’t going to help us in lots of ways,” Gaines said. “So I think it’s mostly people who would have been voting on Election Day, they’re going early instead. But if it turns out in the end that the turnout really is up, then I’ll have to go back and eat those words and say, OK, it was actually more than that, it was getting in people who otherwise might not have voted.”

Gaines has published research on early voting — what some political scientists call “convenience voting” — and he said there are advantages and disadvantages to it.

The advantage, he said, is that it makes voting more accessible to many people, especially the elderly and disabled who would have a hard time getting to a polling place. But Illinois allows “no-excuse” early voting, meaning voters do not have to demonstrate they are unable to vote on Election Day or that they will be out of town. Any voter is allowed to ask for an advance ballot.

The big disadvantage, he said, is it makes someone’s vote less secret.

“A ballot that you cast wherever you want to cast it – it’s been mailed to you, you cast it at home, you cast it at work, sitting in Starbucks – can be secret if you choose to make it secret, but the inherent secrecy of the privacy of a booth is gone. And that’s led to a very noisy but not terribly factual debate about whether there’s a huge amount of fraud, tiny amount of fraud, no fraud whatsoever.”

Gaines said he is not one who believes that voting by mail is fraught with large amounts of fraud, and he said the chances of a mail-in ballot being rejected for technical reasons are slim.

According to information from the website Ballotpedia, the most common reason mail ballots get rejected is that they don’t arrive on time. Other common reasons include the voter failing to sign the envelope or the voter’s signature doesn’t match the signature on file in their voter registration records.

In Illinois, the new law requires that each election jurisdiction create panels of three election judges consisting of no more than two from the same party to process vote-by-mail ballots. That’s an increase from one election judge under previous laws.

A spokesperson for the Illinois State Board of Elections told Capitol News Illinois in an email earlier this month that election authorities keep track of party affiliation in their poll worker recruitment efforts in order to keep proper staffing at polling places and fulfill such requirements.

Per the new law, all three judges on the panel must reject a ballot for it not to be tabulated.

The judges handle every incoming mail ballot just as they hand out every ballot and check every signature at an early voting location or Election Day polling, the spokesperson said in the email.