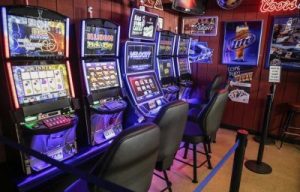 A video gaming terminal operator contends that an effort is being made to squeeze him out of 44 gaming cafés in Illinois through a sham transaction. (Freepik.com photo)

A court document claims that the owner of a video gaming café chain, who is also part of the bid to put casinos in Rockford and Calumet City, has conspired to squeeze out a video gaming terminal operator.

Daniel Fischer of Naperville, the owner of Dotty’s gaming cafés in Illinois, paid $2 million in 2018 to expand his network by purchasing 63 Stella’s Place and Shelby’s video gaming establishments, according to a filing in Cook County Circuit Court. At the same time, Midwest SRO, a game terminal operator that already services Dotty’s establishments, paid an additional $44.5 million to Stella’s Place and Shelby’s owner as part of a sham transaction, the court filing in the case contends.

Gold Rush Amusements, already the terminal operator in 44 Stella’s and Shelby’s locations, contends in the court filing that Midwest SRO’s payment violated the Illinois Gaming Act because it constituted an improper inducement to replace Gold Rush.

Dotty’s has 42 Chicago area locations, as well as locations in Pekin, Peoria, and Peoria Heights.

Shelby’s has 17 Illinois locations, including 12 in the Chicago area and one in DeKalb.

The newly disclosed court document resulted from a Cook County judge’s order lifting confidentiality designations that had previously hamstrung Gold Rush Amusements and its executive, Rick Heidner, from knowing and revealing the details of the alleged sham transaction involving Fischer’s Illinois Café and Service Company, Midwest SRO, and Laredo Hospitality Ventures, the parent company of Stella’s and Shelby’s. The ruling allows Gold Rush, based in Hoffman Estates, and Heidner, for the first time, to fully learn and publicly disclose the details of the transaction, including the allegedly improper inducement paid by Midwest SRO, according to a Gold Rush spokesperson.

“Gold Rush has compelling evidence that the transaction was the culmination of a multi-year, concerted effort between and among Midwest SRO, ICSC, and Laredo (and their principals) to replace the Gold Rush contracts with contracts benefitting Midwest SRO,” Gold Rush alleges in the newly unmasked court document.

In 2019, 44 Stella’s and Shelby’s gaming cafés and Midwest SRO filed suit against Gold Rush claiming the gaming terminal business defaulted on agreements by refusing to abide by a contract termination notice. They claimed new agreed-upon provisions in the gambling venues’ contracts with Gold Rush allowed the venues to terminate the contracts without cause with six months’ written notice. Gold Rush’s terminals were supposed to be out of the 44 facilities as of Jan. 31, they contend.

In December, the Illinois Gaming Board filed a two-count disciplinary complaint against Gold Rush to revoke its terminal operator’s license, alleging that Heidner offered an illegal inducement of $5 million to Fischer, the owner of ICSC, to keep Gold Rush’s terminals in the 44 establishments.

In the ongoing gambling turf battle, the court notes that individuals associated with Heidner have opened, or plan to open no less than 12 video game establishments to compete against Fischer’s establishments.

The latest ruling involves Gold Rush’s counterclaims against 44 Stella’s Place and Shelby’s gaming cafés in which Gold Rush began accumulating agreements to place its video gaming terminals in the cafés since 2013. Gold Rush filed its counterclaims and additional claims against Fischer, the other principals, and the companies that were involved in the November 2018 transaction, which purported to change ownership of all 63 Stella’s and Shelby’s establishments in suburbs surrounding Chicago. Until now, the details of Gold Rush’s allegation that the parties engaged in an improper sham transaction were shielded by a court protective order that allowed the opposing parties to designate key documents relating to the transaction as “attorneys eyes only,” meaning that Gold Rush’s counsel could not even share the documents with their client.

Now public, Gold Rush’s counterclaim alleges that Midwest SRO, and its principal, Allyson Estey of Las Vegas, paid more than $44.5 million ― or 95.7 percent of the value of the deal ― to Laredo Hospitality Venture, the Des Plaines-based parent company of Stella’s Place and Shelby’s, and one of its owners, Gary Leff of Chicago. The filing alleges that Midwest SRO’s payment was part of a conspiracy to oust Gold Rush as the terminal operator and place Midwest SRO’s video gaming terminals in the 44 establishments.

At the same time, Fischer’s Illinois Café and Service Company, which operates Dotty’s in Illinois, paid $2 million ― or 4.3 percent of the deal’s overall value ― to purchase Laredo’s assets and cafés. Fischer became involved in Dotty’s when he and his former business partner, Marwin Hofer, purchased the company’s Oregon establishments from the chain’s founder, Craig Estey, who is Allyson Estey’s father.

Hofer, a South Dakota businessman, was the initial managing member of a South Dakota limited liability company that continues to hold an interest of at least 5 percent in Fischer’s ICSC, as does a living trust in the name of Hofer’s wife. Hofer was convicted of federal wire fraud in 2017. The offices of Fischer’s ICSC and Allyson Estey’s Midwest SRO are housed in adjacent business suites in Bensenville.

When the designated confidential documents were produced in the litigation last summer, Gold Rush’s attorneys said they began to unravel a complex sham transaction. They said the documents revealed that Leff had agreed to be bound by restrictive covenants that did not exist until the day of the transaction, and Midwest SRO purchased the covenants from Laredo for more than $34.6 million. Leff was also allowed to retain unspecified intellectual property valued at $9.8 million. Midwest SRO paid Laredo and Leff a total of $44.5 million. There was no indication of how the restrictive covenants or intellectual property values were calculated, the Gold Rush attorneys said. Leff further received a 10 percent interest in Midwest SRO and the right to have his interest redeemed for $9.8 million approximately a year after the transaction. At the same time, Fischer’s ICSC purportedly purchased the Laredo establishments for $1, and paid $2 million to acquire the outstanding interests in Laredo.

Gold Rush’s complaint names Fischer, Leff, Allyson Estey, and Highland Park’s Charity Johns, who was Laredo’s CEO and became CEO of Fischer’s ICSC, as defendants. The counterclaims and complaint allege that those individuals and their companies ― ICSC, Midwest SRO, and Laredo ― conspired for years to evade the legal restrictions separating establishments, on one hand, and terminal operators, on the other hand. After previously failing to accomplish so-called vertical integration, first through legislation and then litigation, Gold Rush’s adversaries allegedly tried a third route ― conspiring in an improper deal in which Midwest SRO paid an improper inducement to be installed as the terminal operator for all of the Laredo establishments, supplanting Gold Rush in the process, Gold Rush’s lawyers said.

Judge Tailor’s ruling observed that the opposing parties had repeatedly emphasized their disclosure of the transaction details to the Illinois Gaming Board, “as if to suggest they had obtained its blessing.” However, the IGB did not bless or approve the transaction, the judge noted, but rather said only, in an October 2018 letter, that the state’s video gaming act and rules did not allow the IGB to prohibit the transaction.

Gold Rush also claims that its adversaries provided select or mischaracterized information to the IGB to portray Gold Rush as attempting to disrupt the transaction after it was completed, which became the basis of a disciplinary complaint against Gold Rush. At the time, however, Gold Rush’s Heidner did not know the details of the transaction or that Fischer’s ICSC had paid only $2 million for Laredo’s assets and cafés, Gold Rush’s lawyers said.

Gold Rush’s counterclaims allege breach of contract, tortious interference with contracts and prospective business advantage, and civil conspiracy. Gold Rush is seeking unspecified damages for harm to its business and reputation, as well as attorneys’ fees and costs.

Disclosure statements filed last summer with the Illinois Gaming Board identified Gordon Sondland as holding an interest of at least 5 percent or more in Illinois Café and Service Company, Fischer’s company that owns the Dotty’s chain in Illinois. Sondland, an Oregon hotel developer who as President Donald Trump’s ambassador to the European Union, was a key witness who changed his testimony in the president’s impeachment proceedings.