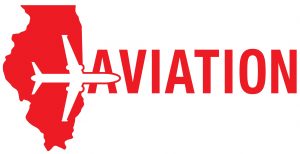 IDOT is expected to release the first Illinois Aviation System Plan in more than two decades.

The Illinois Department of Transportation announced the results of a new study showing that Illinois airports contribute $95.5 billion and more than 490,000 jobs to the state’s economy, reinforcing the importance of aviation on the state’s multimodal transportation system to promote mobility, supply chain movement, job creation and local quality of life.

Designed to better understand and quantify the aviation system’s impact on the state, the 2020 Illinois Aviation Economic Impact Analysis, released Dec. 22, is the first report of its kind released by IDOT since 2012 and comes as the state is overseeing historic improvements to airports through the Rebuild Illinois capital program.

“Aviation is a pillar of our state. Its importance to our economy cannot be overstated,” said Illinois Transportation Secretary Omer Osman. “Illinois airports serve as a gateway to the economy through passenger, cargo and general aviation services, as well as employment opportunities. Under Gov. Pritzker, IDOT is committed to strengthening our aviation system to better connect Illinois to national and international economies far and wide.”

The 2020 Illinois Aviation Economic Impact Analysis found that of the $95.5 billion contributed to the Illinois economy by airports in 2019, $21.1 billion came from visitor spending, $35.9 billion related to the shipment of cargo and $38.4 billion resulted from direct impacts, including $32.5 billion in income to help support 492,768 jobs.

The report analyzed 85 public-use airport facilities — 81 public and four private airports. Data was used to measure the economic impact at each individual airport, as well as each IDOT region and at the statewide level.

Early next year, IDOT is expected to release the first Illinois Aviation System Plan in more than two decades. The plan will help identify short- and long-term needs of individual airports and the aviation system as a whole, with the goal of continuing to support economies throughout the state, improve quality of life and boost mobility.

This data not only brings home the importance of investing in the state’s aviation resources, but also helps Illinois airports position themselves for incoming federal investment through the Infrastructure Investment and Jobs Act, according the IDOT.

Earlier this month, Pritzker announced that $94 million had been awarded to improve public airports through the Rebuild Illinois capital program, which identifies a total of $150 million to invest in aviation.

The $94 million unlocks $11.5 million in local contributions for a combined investment of $105 million. The funding represents the largest statewide capital investment program for airports in state history, highlighting an ongoing commitment to the role of aviation in the Illinois economy.

For more information on the Illinois Aviation Economic Impact Analysis, including the executive summary and informational snapshots on participating airports, please visit www.ILaviation.com.