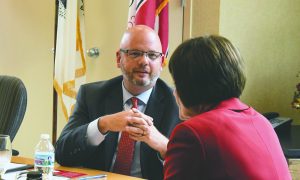 SPRINGFIELD — The Illinois House on Friday rejected a bill that would have blocked public colleges and universities from asking about a prospective student’s criminal history as part of the application.

The so-called “ban-the-box” proposal — a reference to questions that appear on many job and college application forms asking people whether they have or haven’t been convicted of a serious crime — was sponsored by Rep. Mary Flowers, a Chicago Democrat who argued the question prevents many people with criminal histories from turning their lives around.

“These people were a tax burden at one time. They were costing us money,” Flowers said on the House floor. “Now they want to better their lives. They’ve learned from their mistakes. They want to become part of the working class, the middle class, and have an opportunity to go to school. That’s all they’re asking for.”

Flowers’ proposal, however, came at a time when colleges and universities throughout the country have come under criticism – and under investigation by the U.S. Department of Education – for not doing enough to respond to violent offenses on their campuses, particularly sexual violence. 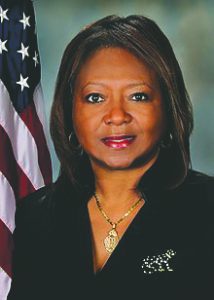 As of March 29, according to the Department of Education’s Office of Civil Rights website, both Southern Illinois University at Carbondale and the University of Illinois – Chicago were under investigation for complaints involving their handling of sexual assault cases. So too were Chicago Public Schools and the Waukegan school district.

“This bill, as it stands, would put convicted felons in cohabitational dorms with 17- and 18-year-old youngsters leaving home for the first time,” said Rep. Jeff Keicher, a Sycamore Republican. “While I understand the need to forgive past misdeeds, I need the sponsor to know that situations will come up that warrant additional flexibility in the admissions process as it pertains to violent felons.”

The House took up the bill on the final day for both chambers of the General Assembly to pass substantive bills and send them to the other chamber.

Flowers argued that the exact contents of the bill were still being negotiated between the American Civil Liberties Union, which supports the measure, and higher education institutions including the University of Illinois system, which she said had concerns. But she said it was important to pass the bill on to the Senate in order for those negotiations to continue.

In the end, though, the House rejected the bill by a vote of 40-60. It wasn’t immediately clear whether that would kill the legislation for the 2019 session, however, because lawmakers have a number of procedural moves they can use to resurrect bills later.

Meanwhile, Democratic Gov. J.B. Pritzker expressed his support for the concept of a “ban-the-box” law for college admissions during a news conference later in the day.

“Remember why we talk about things like that sort of legislation. It’s because we want to make sure that those who have paid the price for a crime they’ve committed aren’t punished for the rest of their lives, and that they have an opportunity to get an education and get a job,” Pritzker said.

When asked about concerns for student safety on campuses, Pritzker said: “We’re going to make sure that we fund our universities well enough and make sure that they have secure situations on campus.”