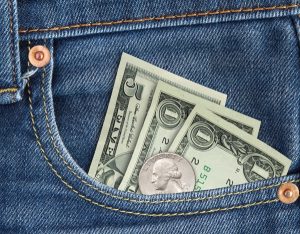 Illinois’ minimum wage will make its second increase this year to $10 per hour beginning July 1. The Illinois Department of Labor urges minimum wage earners to make sure their checks reflect the increase following July 1.

The state’s minimum wage is scheduled to increase an additional $1 per hour each year on Jan. 1 until it reaches $15 per hour in 2025.

“While IDOL fully expects employers to abide by the new minimum wage, it is important for workers to inspect their checks to make sure they reflect the increase,” said Michael Kleinik, director of the Illinois Department of Labor.

The new law maintains provisions for employers to count gratuities to offset wages for workers, such as food servers, who regularly earn tips. Tipped employees may be paid a minimum of 60 percent of the hourly minimum wage. These workers must still earn the minimum wage after receiving tips.

Workers who are under 18 years old and work fewer than 650 hours in a year earn a minimum wage of $8 per hour.

You can find more on the minimum wage including frequently asked questions here:
www2.illinois.gov/idol/Laws-Rules/FLS/Pages/minimum-wage-law.aspx.