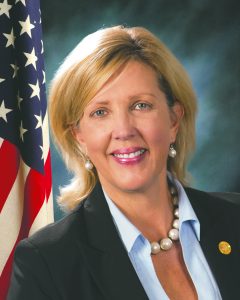 SPRINGFIELD — The Illinois Senate advanced a bill Thursday, May 9 that is aimed at ensuring safe closure of toxic coal ash pits left behind by power plants.

That byproduct contains heavy metals such as mercury and arsenic, which are harmful to humans, fish, and wildlife and can seep into surrounding earth and groundwater. In many cases, Bennett said, coal ash is placed in unlined pits where it remains long after the power plants are closed.

In Bennett’s district, coal ash pits from a closed power plant owned by Vistra Energy surround the Vermilion River. Bennett said the middle fork of that river is changing course “directly into the path of those coal ash pits.”

The Vermilion County site is one of approximately 25 known coal ash impoundments which are already closed in the state. Bennett’s Senate Bill 9 would put processes in place to address the other 55 impoundment sites which have yet to close.

Bennett said most of the unlined pits will close in the coming years due to federal regulations, but the urgency and order of closures is not decided. He said his bill would ask the Illinois Environmental Protection Agency and the Illinois Pollution Control Board to set up a series of guidelines and rules to prioritize closures. 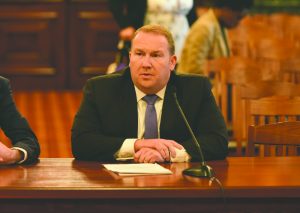 The bill would require a coal ash impoundment owner to submit to the EPA a “closure alternatives analysis” addressing several closure scenarios and options laid out in the legislation and giving the EPA the authority to choose the safest plan for coal ash remediation.

Senate Bill 9 would also create initial fees of $50,000 for each closed coal ash plant and $75,000 for those that have not yet closed. Owners of operational impoundments would then pay an annual fee of $25,000, and a $15,000 fee would be charged for closed plants that had not yet completed “post-closure care.”

Bennett said the fees would allow the EPA to hire hydrologists, engineers and others to ensure safe closures.

“Who’s going to pay for it? Will it be the taxpayers?” Bennett asked, noting the bonding measure was put in place to “be proactive.”

Senator Sue Rezin, a Morris Republican, urged lawmakers to vote present on the bill, although she said she would be willing to support it if the House amends it to appease several opposed interest groups.

The bill passed with 39 votes in favor, nine against and seven voting present. It heads to the House, where Bennett said lawmakers would continue to work on building consensus.