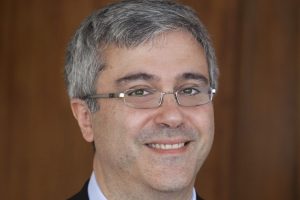 SPRINGFIELD – A second lawsuit has been filed in federal court in Illinois seeking to block the use of a redistricting plan that Democrats pushed through the General Assembly, this one by a group that represents Latin American communities.

The Mexican American Legal Defense and Educational Fund, or MALDEF, filed the lawsuit Thursday, June 10 in U.S. District Court in Chicago on behalf of several individuals of Hispanic heritage.

“Illinois voters, including the growing Latino voter community, are entitled to districts that accurately reflect the population as determined by the constitutionally mandated decennial census,” MALDEF president and general counsel Thomas Saenz said in a statement.  “Ultimately, the General Assembly will have to redraw lines for the 2022 elections using the proper decennial census data.”

The lawsuit is similar to one filed earlier in the week by House and Senate Republican leaders. It alleges that the use of American Community Survey population estimates, rather than actual census data, will produce districts of unequal size, in violation of the U.S. Constitution’s 14th Amendment equal protection clause.

“ACS data is not adequate to ensure the constitutional guarantee of one-person-one-vote,” said MALDEF attorney Francisco Fernandez-del Castillo in the statement. “Using the ACS estimates to draw district boundaries puts all Illinois voters — especially those in traditionally underrepresented communities, such as Latinos — at risk of being disenfranchised.”

The Illinois Constitution requires lawmakers to complete the redistricting process by June 30 of the year after each decennial census. After that, the process is assigned to a bipartisan commission in which partisan advantage could be determined by drawing a name out of a hat. 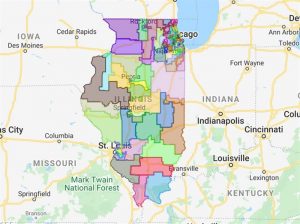 Pictured is the legislative map approved by Democrats in the General Assembly. (Ilhousedems.com)

But the process was complicated this year because the COVID-19 pandemic and other factors slowed the official headcount of all U.S. residents, forcing the Census Bureau to delay release of the detailed, block-level data needed for redistricting until mid-August.

As a result, Democrats, who have supermajorities in both chambers of the General Assembly, and who did not want to risk giving up their partisan advantage, forged ahead using data from the Census Bureau’s annual American Community Survey, which is based on responses from a sample of each state’s population.

In order to achieve the same kind of block-level detail produced by the official census, lawmakers had to combine the last five years of results, from 2015 through 2019. But plaintiffs in the lawsuit argue that such a process is inadequate for the purpose of redistricting because it results in population estimates that are outdated and likely inaccurate.

The suit names Senate President Don Harmon, House Speaker Emanuel “Chris” Welch, the Illinois State Board of Elections and each of its individual members as defendants.

It asks the court to declare that the newly enacted maps violate the U.S. Constitution. It also asks for an injunction blocking election officials from certifying candidate petitions or conducting future elections using the new maps and for an order directing lawmakers to draw new maps using official census data in order to comply with the Constitution’s “one person, one vote” requirement.

The case has not yet been scheduled for a hearing.