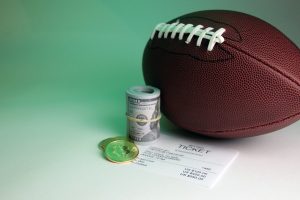 Under the legislation, anybody looking to make a bet in Illinois on in-state college teams would have to do so in person at a sports book, instead of an online application.

SPRINGFIELD – An omnibus gambling bill that would allow Illinois bettors to wager on in-state college sports teams on a two-year trial basis passed the House early Tuesday morning, June 1 hours after its introduction the day prior.

Anybody wishing to make such a bet in Illinois, however, would need to do so in person at a sports book, rather than on an online application. A bet on an Illinois college team could only be a “Tier 1” wager, meaning it is “determined solely by the final score or final outcome” of a sporting event, and it must have been filed before the start of the game.

The sports betting provision would take effect immediately if the bill is passed by lawmakers and signed by the governor. The provision would run through July 1, 2023, and it would not allow wagering on an individual athlete’s performance.

Sponsored by Rep. Bob Rita, D-Blue Island, House Amendment 1 to Senate Bill 521, could pass both chambers before they adjourn at the end of Monday. It passed a committee Monday afternoon.

The bill also allows fraternal organizations, such as VFW posts and American Legions, to apply for gambling machine licenses, even if the municipality in which they reside has a local ban on them. It also allows fraternal facilities without liquor licenses to apply. Those provisions would not apply, however, to such facilities in Chicago and Cook County.

The legislation also prohibits municipalities from taxing video gambling machines or bets placed on the machines – an action Rita referred to as a “push tax.” If a municipality has already levied such a tax on video gambling as of June 1, they may continue to charge it, but they may not “increase, expand, or extend the tax or tax rate on such persons participating in playing video gaming terminals,” according to the legislation.

During a House committee hearing Monday, Rita said suburban communities Oak Lawn and Waukegan currently had such a tax on the books.

He said the fees are at one cent per push now, but if they go higher they could affect capital infrastructure spending. In 2019, a gambling expansion that passed the General Assembly accounted for a large portion of state building infrastructure revenue.

“It exempts municipalities from initiating their own tax, and then having a patchwork of different taxes throughout the state,” Rita said.

The measure also allows Wintrust Arena, the home of the Chicago Sky of the WNBA, to become a sports betting venue. The initial fee for the facility would be the lesser of $10 million or 5 percent of adjusted gross receipts. It could be renewed in four years at a fee of $1 million.

The bill also makes changes to the horse racing industry, loosening the requirements for the “Illinois Conceived and Foaled” racing program, such as allowing stallions owned by non-Illinois breeders to bring their horses to Illinois to breed with Illinois mares.

While the bill as filed has a provision requiring “labor peace agreements” for casino licensees, Rita said he was looking to remove that provision in an amendment as well.

Rita said his intent was to “work with all the labor unions over the summer and try to figure out how to come up with something that is right for this industry, right for the unions.”

This story has been updated with more details from the bill. Further updates may be forthcoming.