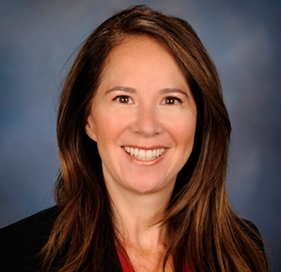 SPRINGFIELD – A House committee on Wednesday, March 3 advanced legislation that would create a task force to look into the feasibility of providing legal representation to individuals subject to deportation proceedings in the state.

House Bill 25, sponsored by Rep. Jennifer Gong-Gershowitz, D-Glenview, was the only agenda item at the Illinois House Committee on Immigration and Human Rights on March 3.

Gong-Gershowitz said the task force would be uncompensated. While the task force itself does not require an appropriation of state funding, it would provide a report on the costs of legal representation for such individuals, as well as recommendations for what state or private funding may be available.

The task force would be required to submit a report of its findings and recommendations no later than July 1, 2022.

Immigration policy is largely determined by the federal government, and those at risk of being deported go through the federal system. But states can establish their own protections as well.

Federal law entitles illegal immigrants subject to deportation the right to a trial and to an attorney under the Sixth Amendment. But under current law, legal services for immigrants are at the individual’s own expense, unlike the process for U.S. citizens facing criminal convictions, who are provided publicly funded defense.

The committee heard testimony from two witnesses, Senior Policy Counsel with the Illinois Coalition for Immigrant and Refugee Rights Fred Tsao, and the Rev. Corey Brost, who works as an advocate for immigration rights.

“Now ideally we would have a nationwide solution to this problem. But as we have seen on many other fronts, Illinois can provide a start,” Tsao said in his testimony.

“This bill is about justice, it is about ensuring that our immigration courts and immigration system operate fairly within the laws that are on the books, and that anyone facing deportation has a full and fair opportunity to make their case, within what the law provides,” he added.

Policymakers and advocates, including the American Bar Association, have pushed for universal representation policies, or the right to representation for all who are at risk for deportation.

HB 25 directs the seven-member task force – which will be appointed by the governor, the four legislative leaders, the attorney general and the secretary of the Department of Human Services — to examine universal representation for a “covered individual,” which includes any individual, regardless of age or state of residency, if they are facing removal proceedings in Illinois.

“Universal representation of indigent immigrants in removal proceedings maintains the integrity of the immigration system,” Gong-Gershowitz said. “Proceedings are more likely to comport with due process and are often more efficient.”

Gong-Gershowitz said unlike parties to civil proceedings in every other context, immigrants in removal proceedings may be detained and often face severe barriers to fairness and due process. Financial burdens to legal representation are especially prevalent for low-income immigrant households.

“No one should be left to navigate a process that threatens their life, liberty or property without legal representation,” Gong-Gershowitz said.

“And while we wait for action at the federal level, we can do better, and we must do better here in Illinois,” she added. “We must invest in access to counsel that will keep families together, communities intact, business owners and employers participating in our economy.”

Gong-Gershowitz argued that public defense for immigrants could provide economic benefits for the state as well.

She cited a report by the American Bar Association that reported New York’s publicly funded legal representation program resulted in an estimated $2.7 million in annual tax revenue increase due to increased number of immigrants who won their immigration cases and were granted or maintained work authorization.

HB 25 passed the committee unanimously with eight votes in favor, moving it to the House floor.

This bill is identical to House Bill 5502 from the 101st General Assembly, Gong-Gershowitz said, which passed committee unanimously but never made it to a House vote as the pandemic disrupted the session.