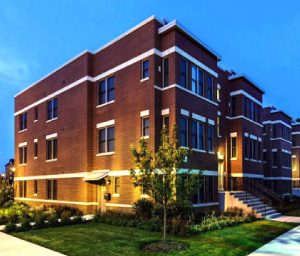 According to data from the National Council for State Housing Agencies, more than 540,000 Illinois households could not pay rent as of September 2020, and the backlog of owed rent in the state as of January totaled more than $1.2 billion. (hud.gov)

SPRINGFIELD – As economic uncertainty continues to linger one year into the COVID-19 pandemic, housing advocates across the state are planning next steps to protect tenants and landlords and create additional affordable housing opportunities.

Over the past several weeks, the General Assembly has considered various bills on the subject, including emergency rental assistance, lifting the state ban on rent control, and subsidizing future affordable housing construction in the state.

Advocates for affordable housing in Illinois, including Rep. Delia Ramirez, a Democrat representing the 4th House District in Chicago, say the pandemic has shed new light on an ongoing affordable housing crisis and sparked a new sense of urgency to support tenants and landlords struggling to afford rent and upkeep their properties.

“I’ve gotten calls from colleagues of mine and offices from all over the state asking what do we do if this pandemic has only made this crisis worse than ever,” Ramirez said.

According to data from the National Council for State Housing Agencies, more than 540,000 Illinois households could not pay rent as of September 2020, and the backlog of owed rent in the state as of January of this year totaled more than $1.2 billion.

Michael Mini, executive vice president of the Chicago Apartment Association, said the pandemic has been difficult for property owners and landlords as well.

“When the pandemic first hit, our members went into action and started reaching out to residents and did what they could to work with them on trying to keep them in their housing,” Mini said. “It’s been very challenging for residents and apartment owners and managers, no doubt about it.”

“We have landlords who don’t know how they’re going to pay the utilities, their mortgages, and we have tenants who are going to work when they shouldn’t when they have symptoms and should stay home, but they don’t think they can afford to stay home because they’ll be in the streets,” she said.

Since the outset of the pandemic last year, Ramirez has been working on a bill now known as the COVID-19 Federal Emergency Rental Assistance Program Act. The bill has been reintroduced this legislative session as House Bill 2877.

While the bill as introduced originally would have implemented a statewide eviction moratorium until next year, it now aims to direct an estimated $1.4 billion in federal emergency rental assistance to support tenants most at risk for eviction and small landlords in need of the most assistance.

“For us in this bill, prioritizing people that owe the most will really help stabilize them and prevent people being evicted or put on the street as a result of funds being exhausted,” Ramirez said. 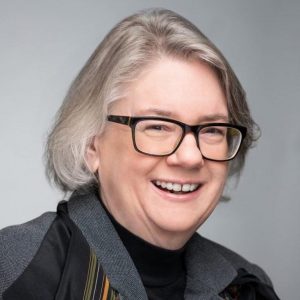 Another major provision of the bill includes sealing eviction records for individuals who may have been evicted due to pandemic-related economic hardship until March of next year, which Ramirez said would be key to “cleaning slate” for tenants and allowing them to find housing in the future.

“With any eviction record or bankruptcy, those are records that follow you for seven years,” Ramirez said. “The bill will ensure that people are able to move and not have an eviction filing on the record and keeping them from accessing housing.”

Michelle Gilbert, a housing attorney and director of the Chicago COVID-19 Eviction Prevention Project, said sealing eviction records until next year is an important step for protecting low-income renters and homeowners for the remainder of the pandemic.

“Even with the moratorium, there are cases that are being filed every day,” Gilbert said. “The eviction filing, even when the tenants win or get the case dismissed, isn’t sealed. It impacts their ability to get housing long term.”

Ramirez, who is the chief sponsor of the legislation, saw her bill pass the Illinois House on March 18. The bill is now under consideration in the Senate with Sen. Omar Aquino, D-Chicago, serving as the lead sponsor.

This will be the second time the bill has been sent to the Senate, which did not call it for a vote at the conclusion of the lame duck session in January. Since then, Ramirez said she has worked with stakeholders in the banking and real estate industries on various concerns with the bill.

“We were able to resolve that in this new session, which I think makes it easier for the bill to move now in the Senate,” Ramirez said. “I think the big question for us is how soon.”

Regarding the initial concerns from property managers, Mini said the latest changes have caused the banking and real estate industries to take a neutral stance on the bill. 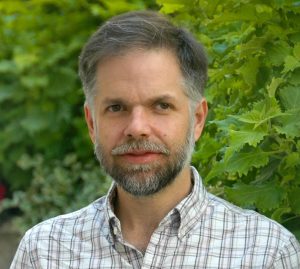 “It’s been amended quite a bit from when it was initially brought up at the end of session last year,” Mini said. “We still have concerns about the sealing of eviction records, but I think we’ve gotten to a place where if it’s limited to addressing those that were affected by the pandemic, that’s something that we can live with.”

Ramirez said she remains “hopeful” the legislation could be called for debate in the Senate as early as next week, and that she expects the governor’s office to view the bill as a priority.

During the course of the pandemic, Gov. J.B. Pritzker has issued successive monthly moratoriums on evictions due to financial hardship beginning in March of last year, with the most recent moratorium being issued on April 2.

“Our understanding with the governor’s office is that they also see this as a priority bill that has certain specifics around the program of the disbursement of money that needs to be signed into law as soon as possible so that (the Illinois Housing Development Authority) can begin releasing the funds,” Ramirez said.

The governor’s office did not return a request for comment on the bill.

Bob Palmer, policy director for Housing Action Illinois, said the steps taken by Ramirez’s legislation, combined with the existing moratoriums at the state and federal level, are necessary to keep people in their homes for the time being.

“Our hope is if we can maintain the eviction moratorium, and the protections for homeowners that exist at the federal level are somewhat expanded by Representative Ramirez’s bill long enough to get those most of those dollars out, we can avoid having a significant eviction and foreclosure crisis as the result of pandemic,” Palmer said.

Palmer agreed the COVID-19 pandemic has helped draw an additional spotlight on housing issues in the state, but said more action is needed to close the gap in affordable housing in the state.

“These issues don’t address the pre-existing shortage of affordable housing that happened before the pandemic,” Palmer said.

According to data from the National Low Income Housing Coalition, Illinois is facing a shortage of approximately 268,000 housing units for renters at or below the poverty line, and there are only 39 available units for every 100 renters at “extremely low income” levels, designated as earning less than 50 percent of their area median income.

Palmer said that in Illinois, more than two-thirds of extremely low-income renters are paying more than 50 percent of their annual income toward housing costs.

“That doesn’t leave you much at the end of the month for other costs of living, and if you have that job loss or your hours are cut back, there’s a good chance you’re just not going to be able to afford the rent,” Palmer said.

Proponents of the bill said it would aim to create an additional 3,500 affordable housing units in the state per year.

“I think it’s a great opportunity for us to incentivize investment in affordable housing both in urban communities and rural communities,” Demmer said during a House Revenue and Finance Committee Hearing on Thursday, April 1. “I think all across the state, this bill has benefits.”

While questions and uncertainty remain over the status of affordable housing in Illinois, housing advocates across the state plan to continue their work addressing disparities in housing availability and supporting tenants and landlords.

“Now we need to look at what do you do to provide additional subsidy support? How do you preserve the affordable housing you already have? And how do you bring additional relief to homeowners and small landlords? I think that’s really what we’re thinking about right now,” Ramirez said.