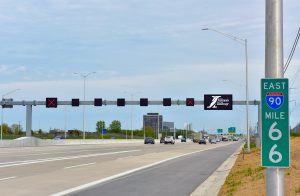 SPRINGFIELD – A pair of bills on Gov. J.B. Pritzker’s desk would expand a state roadway camera monitoring program to 21 additional counties while also expanding the number of crimes the cameras can be used to investigate and the number of parties that can prosecute them.

The measures – House Bill 260 and House Bill 4481 —  were among 80 bills that cleared the General Assembly in the final 24-hour stretch of a legislative session in which Democrats looked to bolster their voting records on crime.

They expand a pilot program that directs the Illinois Department of Transportation, the Illinois State Police and the Illinois Toll Highway Authority to increase the number of cameras on state roads through funding from the state’s Road Fund. The underlying program was launched in 2020 in response to expressway shootings. ISP has recorded 580 such shootings since 2019, including 72 this year.

In February, Pritzker appeared alongside ISP Director Brendan Kelly to publicize more than 20 arrests related to expressway crime due to an increased law enforcement focus. But Melaney Arnold, an ISP spokesperson, said this week the department was unable to quantify the number of crimes solved by expressway cameras due to the number of open investigations and pending charges.

“Since installation of (automatic license plate readers) in the Chicago area, our investigators in Cook County have used ALPRs, in addition to other information and evidence, as part of every investigation,” she said in an email.

The bills received the backing of ISP, the state’s attorney general and broad majorities in the legislature.

But civil liberties advocates and lawmakers from each party aired concerns about potential misuse of the cameras, a lack of clarity regarding how camera placements will be chosen, and that an individual would be prohibited from accessing their own camera footage via the Freedom of Information Act.

“Although these tools can provide some public benefit, the risk is that they’re susceptible to abuse and have a chilling effect on public life,” Sen. Jason Barickman, R-Bloomington, said in an interview.

It’s a concern that Rep. Ann Williams, a Chicago Democrat and House sponsor of HB 260, said she considered when carrying the bill.

“Historically, I’ve been one to be very concerned about ensuring that we don’t surveil society — that should not be our law enforcement approach,” she said in an interview. “But targeted use of cameras that are limited in use and narrow in scope, …it’s about violent crimes that concern people every day, and the way to hopefully address those.” 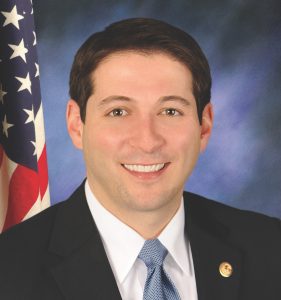 The measures amend the 2020 Expressway Camera Act, which has led to the placement of about 100 license plate-reading cameras on the Dan Ryan expressway in Chicago through a $12.5 million IDOT grant. A second phase funded by that grant would add hundreds more on other Cook County roads.

It’s a program currently focused on automatic license plate readers, which monitor a car’s rear license plate and send the information to a central location to be analyzed by software that allows law enforcement to place a vehicle at the scene of an expressway crime, according to ISP.

Kelly told lawmakers in March that criminals choose expressways because they make escape easier, partially because there are fewer cameras to capture identifying features and it’s more difficult to track down witnesses. The expressway camera program is a way to counteract those disadvantages for law enforcement, he said.

The pilot program is scheduled to expire in July 2023 but would be extended through June 2025 under the measures awaiting Pritzker’s signature.

One of those measures, HB 4481, would also expand it to state highways and expressways in the counties of Boone, Bureau, Champaign, DeKalb, DuPage, Grundy, Henry, Kane, Kendall, Lake, LaSalle, Macon, Madison, McHenry, Morgan, Peoria, Rock Island, Sangamon, St. Clair, Will and Winnebago. It passed 95-10 in the House and 48-5 in the Senate.

The budget signed this month by Pritzker includes $20 million from the state Road Fund for the expansion.

While an added 6,300 miles of roadway — on top of about 230 miles under current law – would be eligible for cameras under the program, the new legislation contains no guidance for which roadways would receive them.

“So who makes the decisions on where the cameras are placed?” Barickman said. “Are the cameras placed in areas that are more frequented by more minorities and does that lend to a discriminatory effect that we’re targeting certain populations?” 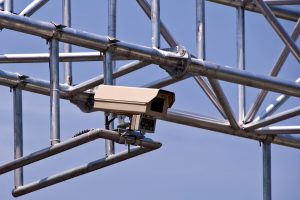 Multiple state agencies are looking to increase the number of cameras on state roads through funding from the state’s Road Fund. The initial program was launched in 2020 in response to expressway shootings.

Rep. LaToya Greenwood, an East St. Louis Democrat who sponsored HB 4481, said she expects ISP to use statewide data and data from local law enforcement agencies to determine camera placement. As a Black woman who represents one of the poorest communities in the state in East St. Louis, she said, she wouldn’t be sponsoring the bill if she believed it would be misused.

She said the counties were chosen through discussions with law enforcement and lawmakers who saw a need for added crime-solving tools.

The St. Louis Metro East area that she represents has seen the second-highest concentration of expressway shootings in the state outside of Chicago, according to ISP data, with 35 occurring since 2019 including nine this year.

Law enforcement from the area sought legislative help, she said.

“They needed some assistance on that highway or those highways that either lead to St. Louis or back to the Illinois side,” she said.

The other measure on Pritzker’s desk would expand investigable offenses beyond the firearms offenses and roadway condition monitoring allowed under current law.

HB 260, if signed, would allow police to use camera footage to also investigate hijacking and forcible felonies such as murder, criminal sexual assault, robbery, burglary, arson, kidnapping and aggravated battery.

Using footage to enforce “petty offenses,” such as speeding, would remain prohibited.

HB 260 would also give the attorney general’s office, along with local state’s attorneys, authority to prosecute forcible felony, gunrunning and firearms offenses on camera-monitored expressways.

The measure saw roll calls of 97-10 in the House and 44-12 in the Senate, earning praise from Democratic Attorney General Kwame Raoul, who said it would aid in “capturing and holding accountable individuals who terrorize residents and visitors traveling Illinois roadways.”

But Rep. Curtis Tarver, a Chicago Democrat who is a personal injury and civil rights attorney, said he had concerns about the attorney general’s new role under the bill because the AG’s office would also defend officers accused of discrimination involving the cameras. 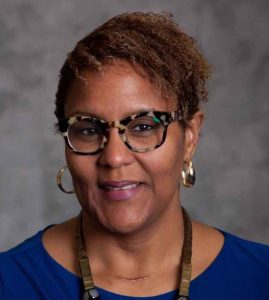 But the law requires that footage be deleted within 120 days unless it is the subject of an ongoing investigation or pending criminal trial, and it prohibits potential discrimination victims from accessing the footage due to the FOIA exemption, he said.

“You actually put into statute that you have to delete the very video that might be proof of profiling,” he said. “And so it eliminates a civil judge’s discretion to say ‘preserve that evidence’ if you don’t file a lawsuit (within that 120-day time frame).”

Tarver said those issues, taken together, are problematic from a civil rights perspective.

“ISP gets to essentially determine where cameras go. It gets to have the video and not disclose it, and it doesn’t have to provide any justifiable reason,” Tarver said. “And at the same time, the attorney general can potentially prosecute alleged criminals, but we’re also putting in statute that we’ll delete the very video that the attorney general might have to defend those officers against. It’s crazy.”

On the FOIA exemption, both Williams, HB 260’s House sponsor, and Arnold of ISP said allowing the images to be subject to FOIA could prove an invasive tool if accessed for tracking purposes.

“Release of these images to non-law enforcement entities could have devastating consequences to law enforcement investigatory efforts, as well as the privacy of the driving public,” Arnold said in an email.

Williams and Greenwood both said they were open to follow-up legislation potentially allowing an individual the ability to request their own video via FOIA.

While the current program focuses on license plate readers that store still images, nothing in existing law prohibits the cameras from including more invasive video technologies.

The lack of transparency regarding the program and the vagueness of the placement language led ACLU of Illinois to successfully lobby for a provision in HB 260 that requires state agencies to post online, within 90 days of the bill becoming law, details about program objectives, counties where it is operational, and policies under which the program operates.

“I think part of it is that we don’t fully understand,” said Khadine Bennett, director of advocacy and intergovernmental affairs at ACLU of Illinois. “I mean, all that the underlying law says is that those entities would work together to create a program to increase cameras, but there is no details as to like, what does that actually mean? How does that operate? How do they decide? And the hope is that that additional language would allow for more transparency there.”

Another provision included in the final bill at the request of the ACLU of Illinois would require ISP, IDOT and the Tollway report to the General Assembly by June 30 each year on the cost of installation, data storage and maintenance of cameras by county, and the number of times law enforcement accessed data to investigate the crimes outlined in the statute.

Bennett said she was hopeful that lawmakers would use those reports to judge the cost effectiveness of highway cameras when it’s time to decide whether to extend the program.