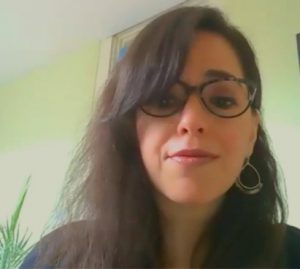 SPRINGFIELD – A bill that would allow community colleges to grant bachelor’s degrees for early childhood education is awaiting consideration before the Senate Higher Education Committee.

Senate Bill 1832, sponsored by Sen. Cristina Pacione-Zayas, D-Chicago, would give Illinois community colleges the option to apply for accreditation to offer a baccalaureate-level early education program.

Illinois Action for Children held a news conference Wednesday, April 7 with other advocates to discuss the bill. SB 1832 also addresses an issue of equity, Pacione-Zayas said, considering a majority of child care workers are women, women of color and immigrant refugees.

“They have very little pay, anywhere between $10 to $13 an hour, with very little benefits,” Pacione-Zayas said at the news conference. “So much so that 46 percent of them are eligible for public assistance.”

The proposal would help those in early childhood education meet their educational goals in an affordable and accessible way Pacione-Zayas said, setting them on a pathway to economic stability while supporting the development of young children in the state.

The state is facing a shortage of qualified early childhood educators, and Pacione-Zayas noted that about 2,200 classrooms in the state are seeing vacancies. She also said that Illinois currently produces only about 342 bachelor’s degrees in child development.

“The gap is gaping,” Pacione-Zayas said. “We need a workforce that can support the current system…support the future in the upscaling of the incumbent workforce. We have 28,000 individuals that stand to benefit, to be able to close the gap.” 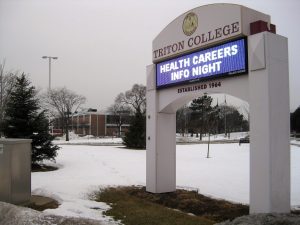 April Janney, CEO and president of Illinois Action for Children, has spent time analyzing data from the 23 other states that offer community college bachelor programs in a number of different fields.

“There’s no silver bullet,” Janney said at the news conference. “But the data shows that (community college bachelor’s degree) programs serve a different population…a population that would not otherwise seek out or complete a bachelor’s degree program.”

Providing accessibility to a wider pool of applicants could help combat the workforce shortage that Cindy Bardeleben, executive director of Baby Talk in Decatur, said is severely and negatively impacting the day-to-day operations and quality services for children in the state.

“Being able to offer a bachelor’s degree in early childhood education (at community colleges) would alleviate many of the barriers our workforce faces,” Bardeleben said. “There’s absolutely no negative consequences of this bill, it’s a win-win all the way around.”

Some of the barriers Bardeleben referred to include cost, travel distance and accessibility to proper training. The low pay in early childhood education is also taken into consideration because it may be deterring individuals from staying in the workforce or pursuing higher education which could result in higher paying jobs.

The Illinois Commission on Equitable Early Childhood Education and Care Funding recently released a report with recommendations on how to move forward.

SB 1832 is Pacione-Zayas’ effort to meet the commission’s recommendations.

“This is a state issue and that is why it requires a systemic solution,” Pacione-Zayas said. “This is much larger than any individual or one single partnership, and this is also a part of our economic recovery in the state.”