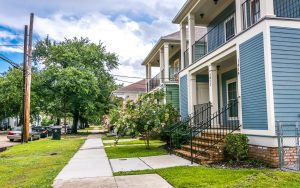 House Bill 2775 and Senate Bill 2492 are a pair of identical bills which aim to create additional legal defenses for renters and protections against discrimination based on source of income, as well as preventing undue administrative burdens when applying for housing assistance.

Sanguinetti, a Republican who served with former Gov. Bruce Rauner, is now executive director for HOPE Fair Housing Center in Wheaton. She said the bills would begin to “move the needle” on fair housing and civil rights issues in the state.

“The most likely victims of source of income discrimination are single woman-led households who receive income like alimony, child support, or rent assistance. Households in which one or more persons has a disability, and receive (Supplemental Security Income) or (Social Security Disability) or rent assistance,” Sanguinetti said.

Ford, D-Chicago, who is the chief sponsor of the bill in the House, said discrimination against renters based on social security and disability income disproportionately targets communities of color.

“Social Security Disability payments or child support source income discrimination is often, we’ve learned, a proxy for racial discrimination with Black and Latinx households, (who are) more likely to have their income scrutinized or denied by housing providers,” Ford said.

Proponents of the bills also said the COVID-19 pandemic has highlighted issues in affordable housing inequities, highlighting the need for additional action by the state to protect low-income renters. 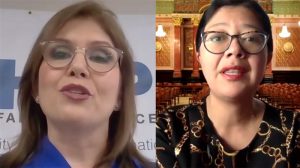 Villa, D-West Chicago, cited data from the National Council for State Housing Agencies which found that more than 540,000 Illinois households could not pay rent as of September 2020, and the backlog of owed rent in the state as of January of this year totaled over $1.2 billion.

“Our state has already been facing (an) affordable housing shortage before the pandemic and families are desperate for help,” Villa said. “This is extremely difficult as you can only imagine when families are trying to make sure they have a roof over their head.”

“Inequities in housing are worsening as the pandemic continues,” she added.

Michelle Gilbert, legal director of the Lawyers’ Committee for Better Housing, said offering additional support and legal protections for tenants would be essential to avoiding a widespread housing and eviction crisis if moratoriums on pandemic-related evictions are lifted this summer.

“It’s not just the short-term preventing homelessness that’s important, but for the economy of the state overall, it’s important that those tenants don’t carry with them long-term rental debt,” Gilbert said.

Gilbert said rental assistance could help prevent a housing crisis, although the organization was preparing for such a scenario.