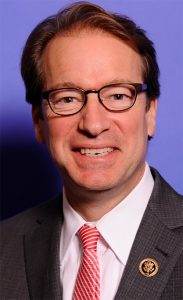 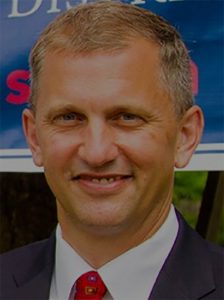 Roskam, a six-term 6th District Republican, and Casten, a Democrat and first-time candidate, offered largely contrary positions during the joint appearance sponsored by the Lincoln Forum, a public affairs group, and broadcast by Fox 32 Chicago.

It was the second joint appearance since the candidates were nominated in primaries in March. Both meetings were held outside the 6th District, which covers portions of DuPage, Kane, McHenry, Lake and Cook counties.

The sold-out debate was held at the Union League Club, well outside the west-northwest suburban district the two men hope to represent. Still, it presented voters with a chance to size up Roskam and Casten as they went head-to-head on issues ranging from abortion, taxes, guns and health care.

It started with opposing perspectives on President Donald Trump.

“I think President Trump is the worst president of our generation,” Casten said. “Every day he is in the office is a risk to our country and to the global order that we fought to create after World War II. (But) the problem is not Trump, the problem is a Congress that is not fulfilling its obligation to act as a check and balance on the president.”

Roskam, aligned with Trump’s position in 94 percent of House votes, sought to distance himself from the president when asked for his assessment by moderator Mike Flannery, Fox 32’s political editor.

“I think middling,” Roskam said. “Good on the economy, jumbling on other issues. But when it comes time to standing up against the administration on things, I’ve been consistent in doing that, reflecting the interests of our constituency.”

Roskam, who helped shepherd Trump’s tax reform bill through the House in December as a member of the Ways and Means Committee, said last year he would run for reelection on that effort.

On Thursday, July 26, he claimed Casten would restore many of those taxes.

“(Casten) came up with a tax plan that is a massive tax increase on the 6th Congressional District,” Roskam said. “Here’s what we’ve got with the tax cut — 18-year employment low (and) we’ve got 20-year manufacturing confidence high.”

Casten, a former energy company owner and entrepreneur, said he agreed that some recent economic benchmarks are strong.

“You are quite right that unemployment is at an all-time low,” he said. “I hope you are as thankful to President Obama as I am for that because we are at the nine-year economic boom that was created. Let us recall that (Obama) saved us from a massive recession … and we’ve got an economy on steroids.

“What the tax cuts did was give us $2 trillion of deficits that we don’t have the ability to pay for.”

“It’s entirely a matter of choice,” said Casten. “The choice about what is the right decision for a woman is between her and her doctor. It’s not up to Peter or anybody else in Washington, including myself. Peter has opposed abortion even in the case of rape or incest.”

“I believe life in the womb is worthy of protection,” he said. “I find it shocking that Sean will impose no limitation whatsoever.”

Roskam, who has had past strong backing from the National Rifle Association, said he supports universal background checks. Casten expressed support for a ban on assault weapons.

“Unless your job requires you to kill large numbers of people quickly, I don’t know why you should own (that) weapon,” Casten said.

“We have a Constitutional right to bear arms,” Roskam said. “This is something we ought not be dismissive about. What I’ve tried to do to reflect this constituency is to find a sense of balance.”

It was the second joint appearance since the candidates were nominated in primaries in March. Both meetings were held outside the 6th District, which covers portions of DuPage, Kane, McHenry, Lake and Cook counties.

Roskam won reelection by nearly 19 points in 2016 even as Democrat Hillary Clinton carried the district over Trump by seven points.

The Politico website says the race is among 10 to watch this election season. The Cook Political Report calls it a toss-up while Sabato’s Crystal Ball and Inside Elections say the race leans in Roskam’s favor.