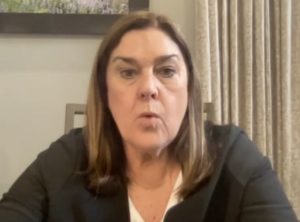 Upon introducing the ethics reforms package, Senate Republicans called for the legislative inspector general position to be filled through an independent search committee. Republicans said Democrats need to end the “political games” and hire a legislative watchdog.

The position has been vacant since LIG Carol Pope left the position on Jan. 6. Since exiting, a 45-day countdown started to find an interim LIG but the commission is currently at an impasse. If the position is still vacant in six months, the Illinois auditor general will choose the next LIG.

Republicans also filed legislation to increase LIG’s power that would allow the person in that position the ability to subpoena lawmakers and make the Ethics Commission meetings open to the public.

To address the shortcomings Republicans felt were not properly addressed in the last reform bill, Sen. Jil Tracy, R-Quincy, introduced Senate Bill 3636, which takes “meaningful action” to address corruption within the state government. The legislation would build on SB 539, which was passed in 2021.

“We’re continuing to push from last year for strong common sense reforms that will truly root out the corruption our state has become all too known for,” Turner said.

Senate Bill 3636 would prevent spouses and other close family living with a General Assembly member from engaging in lobbying if they accept compensation, and prevent legislators from negotiating for employment with lobbying entities while holding public office.

“It’s too easy for legislators to spend their time in Springfield advocating on behalf of special interests instead of their constituents,” Sen. Terri Bryant, R-Murphysboro said.

Under last year’s bill, a six-month revolving door provision banned legislators from lobbying until six months after leaving office. The new provision in SB 3636 would extend the ban to 12 months.

The bill would also allow the attorney general to expand the authority of a statewide grand jury to investigate, indict, and prosecute public corruption cases, and give state’s attorneys power to investigate corruption of public officials.

“We must bring an end to the known practices that lead to unethical behavior,” Tracy said. “Then and only then will we be able to take back our government for one that serves the people of the state of Illinois.”