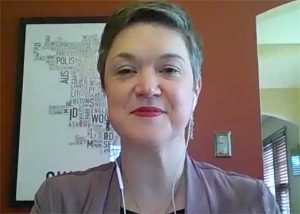 SPRINGFIELD — A new state-funded initiative called New Leaf Illinois aims to connect Illinoisans who want to remove marijuana arrests or convictions from their records with 20 nonprofit organizations that provide free legal representation and information on expungements.

The 2019 law also set aside a portion of the tax revenue generated from the legal sale of marijuana that must be put toward the expungement process. Through the IEJF, a portion of these funds are given as grants to New Leaf organizations to provide legal services.

Tax revenue from legal marijuana sales has also been earmarked for other services, like the R3 community investment program.

According to Leslie Corbett, IEJF executive director, the organization received a $1.6 million appropriation to create the New Leaf initiative, with $1.46 million being distributed as grants to the 20 member organizations and the remainder being used to administer the program.

IEJF estimates there are approximately 700,000 Illinoisans eligible for marijuana offense expungement, either through the automatic process or the court filing route. Automatic expungement means the beneficiary doesn’t have to personally ask for expungement, but the process itself must still be carried out manually by the Illinois State Police and criminal justice officials on a case-by-case basis.

Due to the volume of records, ISP has set a five-year timeline for when arrests and minor convictions will be expunged, in order of when the offense occurred. New Leaf Illinois offers to help applicants speed up the process if an arrest for a marijuana offense remains on their record.

“These individuals may have a criminal record that could make it harder for them to actually get a job, advance their education, or even be able to rent an apartment,” Gray Matteo-Harris, an IEJF board member and partner at the Fox Rothschild law firm, said at a news conference announcing New Leaf Illinois on Nov. 19.

“If you look at the data, Black and brown people and economically disadvantaged communities were disproportionately penalized by past criminalization. The expungement process is one step toward repairing that harm for people who were previously arrested or prosecuted for something that is now legal for all of us,” she said.

Illinoisans with an arrest or conviction for marijuana can go to NewLeafIllinois.org and fill out a form to be paired with a legal professional from one of the 20 member organizations to determine what options are available to them. They can also call the New Leaf Illinois hotline at 855- 963-9532.